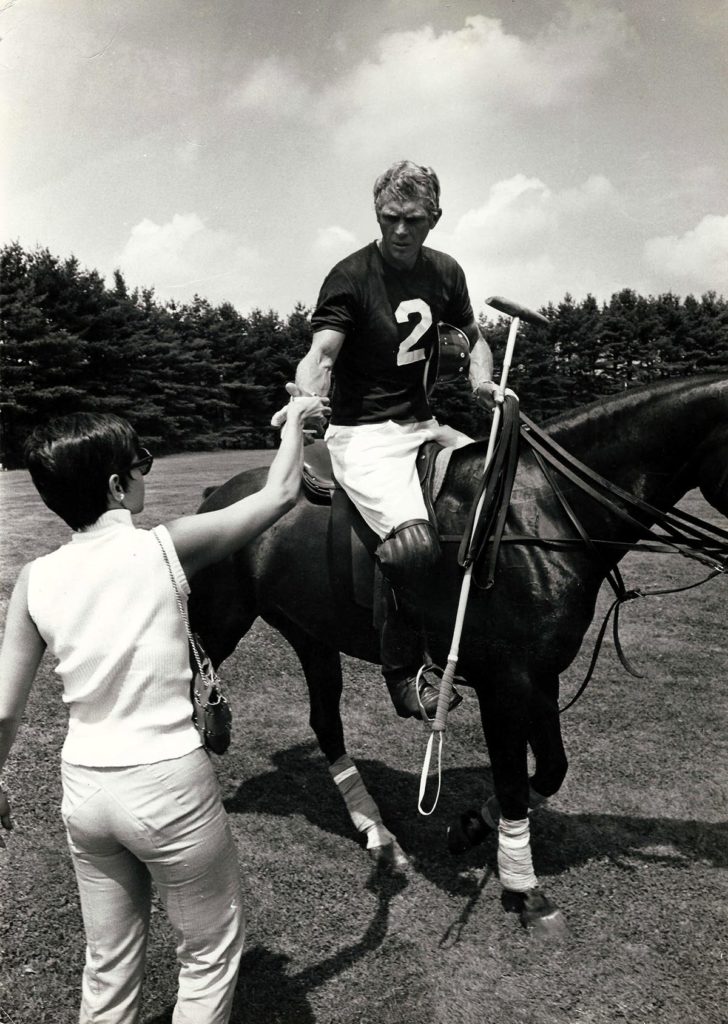 Vintage original 14 x 11″ (36 x 28 cm.) double weight photo, USA. Steve McQueen, dir: Norman Jewison; United Artists. An excellent candid of McQueen (“The King of Cool”) on set in his polo uniform, holding hands with his then wife, Neile Adams. (That was his first marriage, which ended in 1972, because of McQueen’s numerous affairs.)


The film contains a sequence in which McQueen plays polo on this horse, and wearing this uniform, with the number 2 emblazoned on the front of his shirt. Minor creasing at edges, NEAR FINE.