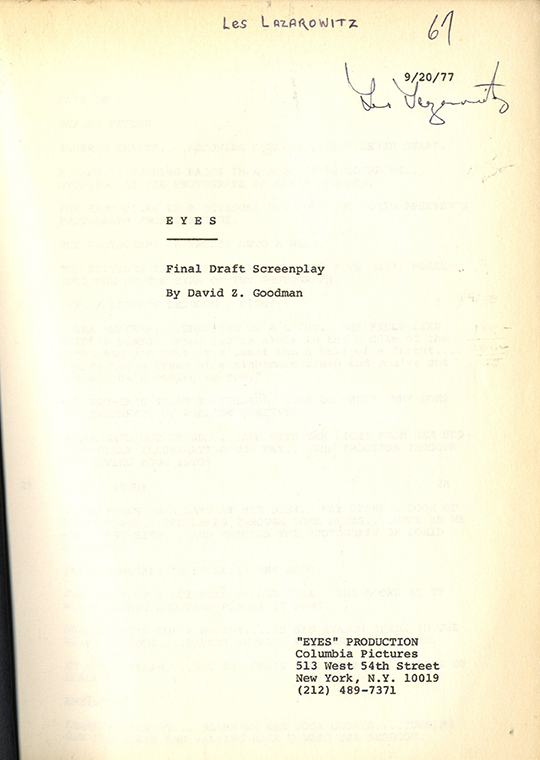 EYES OF LAURA MARS, THE (under its provisional title EYES) (ca. 1977) Film script

A final draft of David Z. Goodman’s draft of this screenplay, based on a story by John Carpenter (who received final co-credit for the screenplay). Irvin Kershner directed the August 1978 release, starring Faye Dunaway, Tommy Lee Jones, Brad Dourif, Raul Julia, et al. This film is a Manhattan-based thriller set in the world of high fashion, and it was a very popular film when released. It, unnervingly, juxtaposes the high gloss of fashion photography with a series of very gruesome crime scenes.

This copy bears the ownership signature and address label of sound mixer for the production, Les Lazarowitz, as well as his name in block print (perhaps attending distribution of copies of the script).