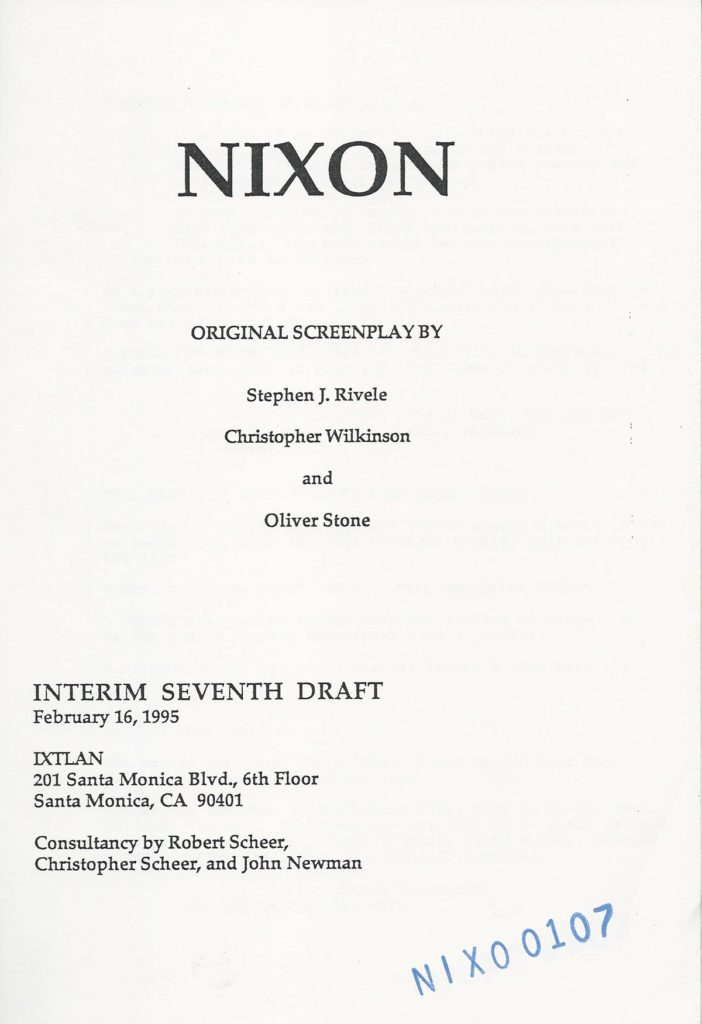 Oliver Stone’s exploration of President Richard Nixon, starring Anthony Hopkins as Nixon. The film portrays his strict Quaker upbringing, his time in law school, and his self-effacing courtship of his wife, Pat (Joan Allen). His character flaws are revealed early, and his defeat by John F. Kennedy in the 1960 presidential election, followed by the loss of the 1962 California gubernatorial race, seem to signal the end of his career. Yet Nixon remains a brilliant politician, until his growing paranoia triggers the Watergate scandal which significant sections of the film deal. Nominated for four Academy Awards.