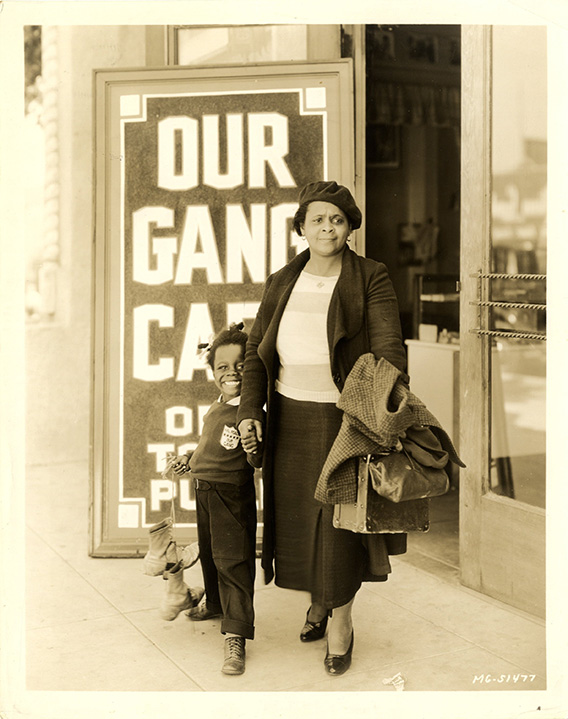 The paper label on back reads: “Billie ‘Buckwheat’ Thomas, little sepia member of Hal Roach’s famous ‘Our Gang,’ and his mother, Mrs. Mattie Thomas.”  Thomas was a child actor, and he is remembered for his portrayal of the character “Buckwheat” in the perennially popular series of Our Gang comedy shorts. He started in the series in 1934, when he was all of 3, and continued working on these films for a full decade, until the series came to an end in 1944. His somewhat stereotyped performances were laced with a sweet childish exuberance.

Bogle, p. 470: “One of the most popular of the children in Hal Roach’s ‘Our Gang’ series…He was known for his gingham smocks…and later his sporty straw hats….Often he mangled his words and had an air of perpetual confusion and bewilderment.”