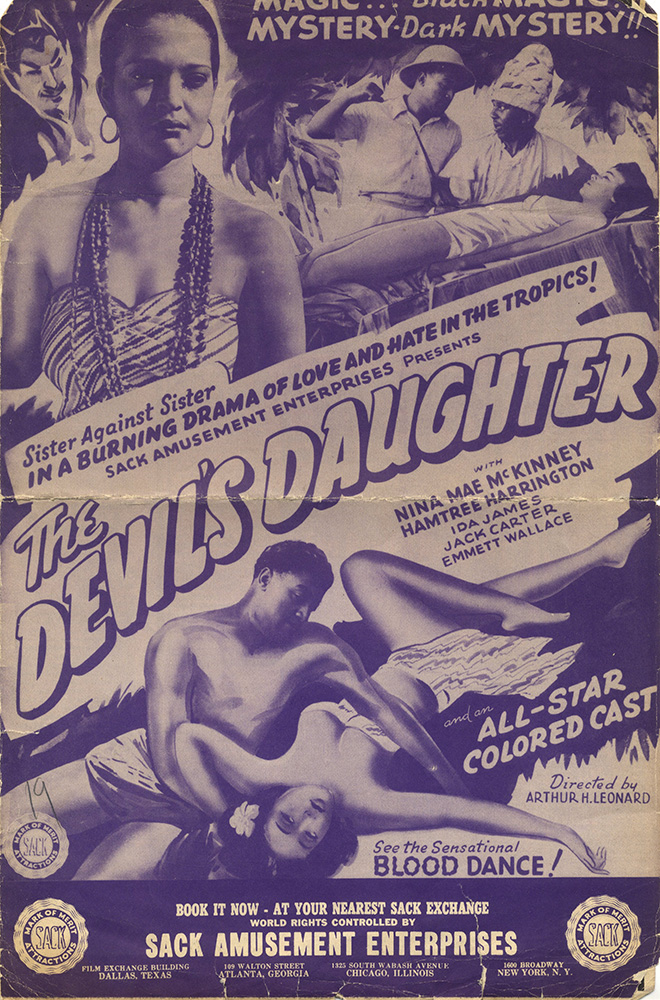 This rare title does not appear on the list of classic features for Hollywood’s Golden Year, having been released in theatres for “all colored cast”-films only and now forgotten. Its star of HALLELUJAH! Fame — Nina Mae McKinney — is well remembered, however. One of the film goddesses of her genre, she was an accomplished singer, dancer and actress who had a nice film career during the 1930s and 40s and continued her career as a band singer with her jazz musician husband Jimmy Monroe.

In this film Ida James plays Sylvia Walton of Harlem, who inherits a Jamaican banana plantation and moves there to manage it. But once she arrives, cousin Isabelle (McKinney), who has been running things her way and now disinherited, incites the natives to war drums. This is where the “sister against sister, in a burning drama of tropical love and hate” comes into play. Locations shot in Kingston, Jamaica. This is thought to be the only African American film of the pre-War period to have been shot outside of the United States, and very definitely the only such film shot then in the West Indies. It made use of then exotic themes of voodoo and witchcraft (although, in the film’s climax, the witchcraft was dismissed as a comic ploy).