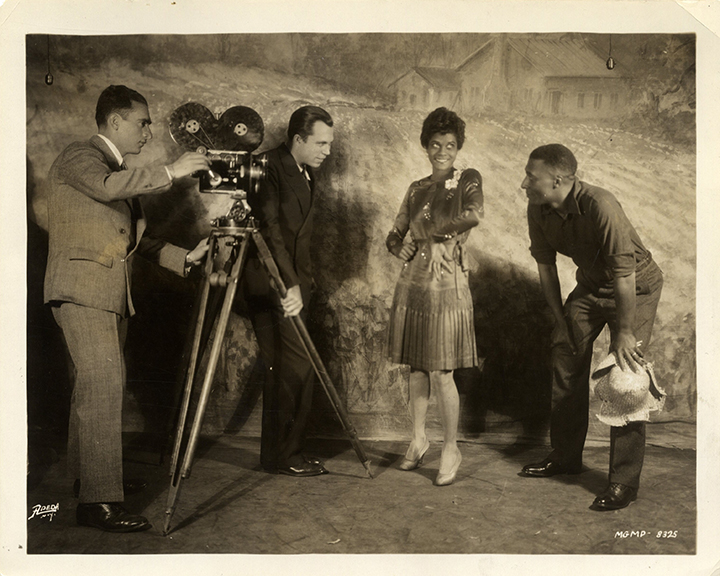 A fascinating visual document from one of the first two Black cast talking films, and an important landmark in African American film history. Much of Vidor’s HALLELUJAH was shot on location in rural areas of Tennessee and Arkansas. This photo of a screen test is of unusual interest because, next to Haynes is Honey Brown, who was originally slated to play the film’s other lead, of Chickie. For some reason, before shooting commenced, she was replaced by Nina Mae McKinney, and this is the only image to date which I have ever seen of Brown in this role. Photo # MGMP-8325.