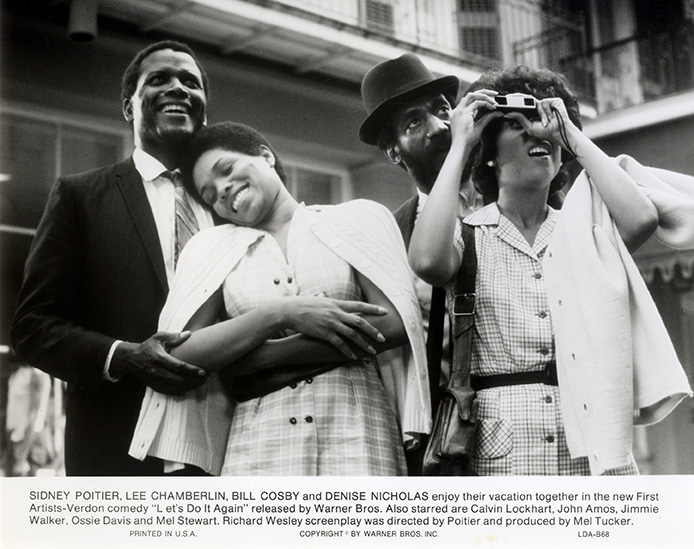 In the previous year the same team made the comedy UPTOWN SATURDAY NIGHT, which was very successful, and they followed that up with this sequel. Poitier, who had directed that film, also served as director on this sequel.

As is most often the case with press kits of the 1970s, this is a very scarce piece, and the OCLC records no known copies of it.