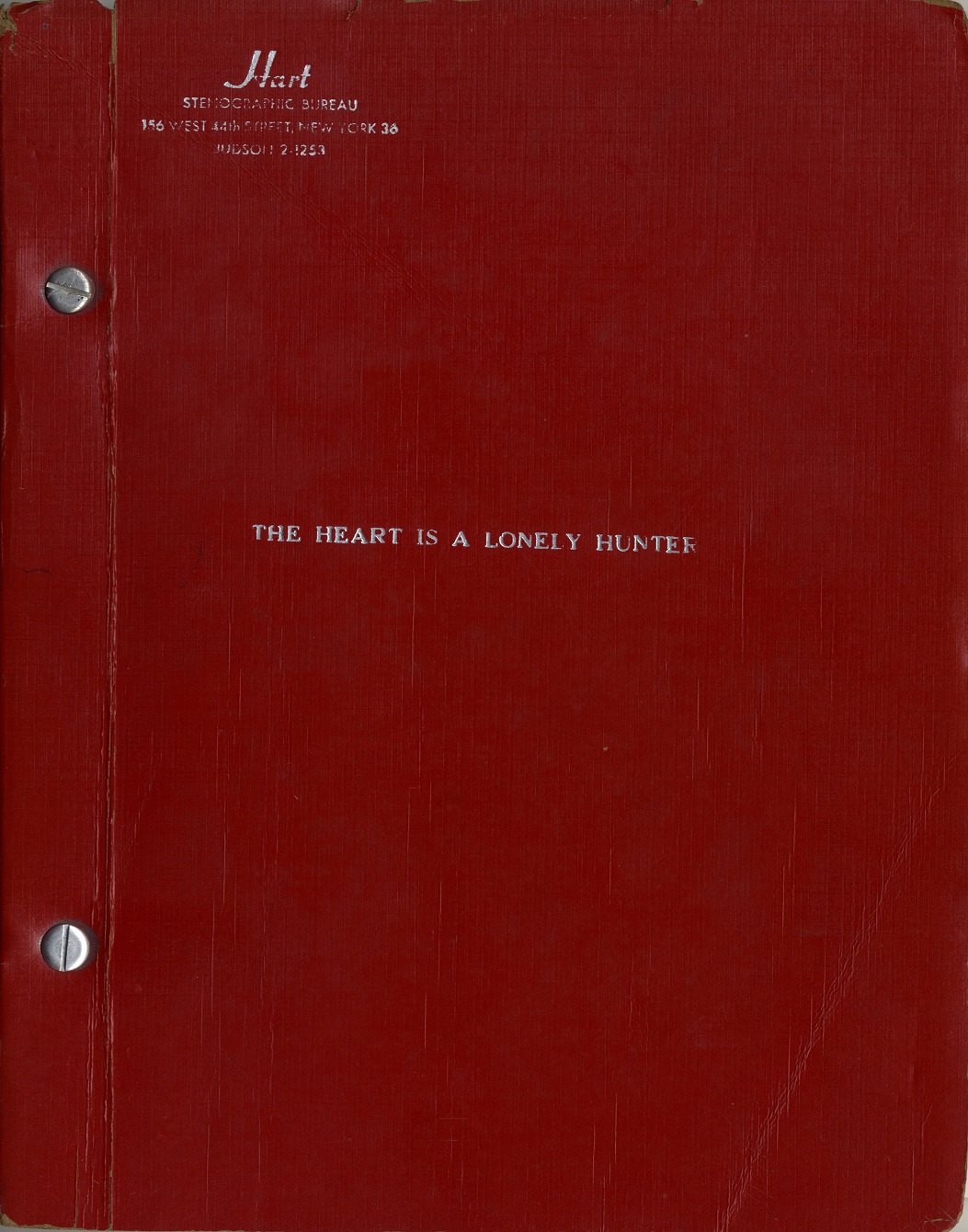 Signed by director Robert Ellis Miller on title page. This is often considered a first-rate adaptation of McCullers’ book. This is an early draft of this 1968 film, which starred Alan Arkin, Sondra Locke, and featured an early and haunting performance by Cicely Tyson.