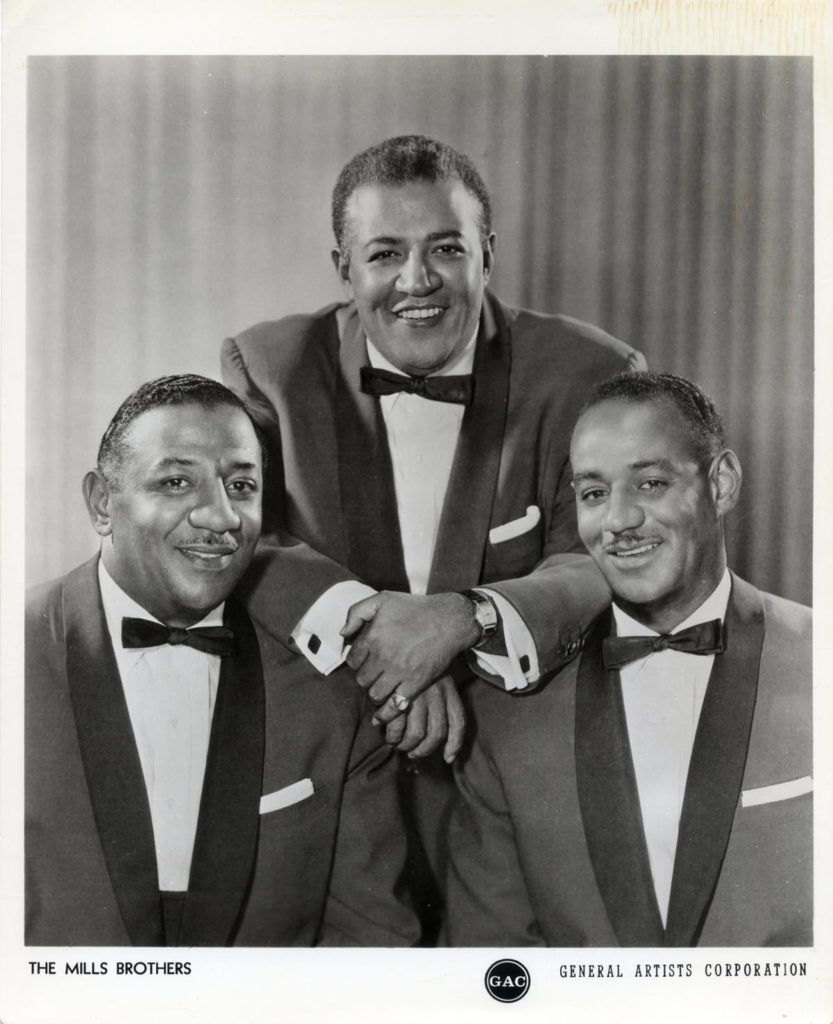 Vintage original 10 x 8″ (25 x 20 cm.) black-and-white single weight glossy silver gelatin print still photo, USA. Mills Brothers, General Artists Corporation. Coming to prominence when they won an audition in 1930 for CBS Radio, the four Mills Brothers singing quartet were a huge hit for three decades. Figuring greatly in the history of American jazz of the 20th century, they made more than 2000 recordings and sold more than 50 million copies, garnered three dozen gold records and were inducted into The Vocal Group Hall of Fame in 1998.
In 1957, John, Sr. retired; the other brothers — Harry Flood, Herbert and Donald — continued as a trio, and they are pictured here circa that period. They were popular regulars throughout the 1960s on such TV shows as Hollywood Palace, The Perry Como Show and The Tonight Show. Portrait is for General Artists Corporation. A bit of marking at the top right blank white margin corner. NEAR FINE.