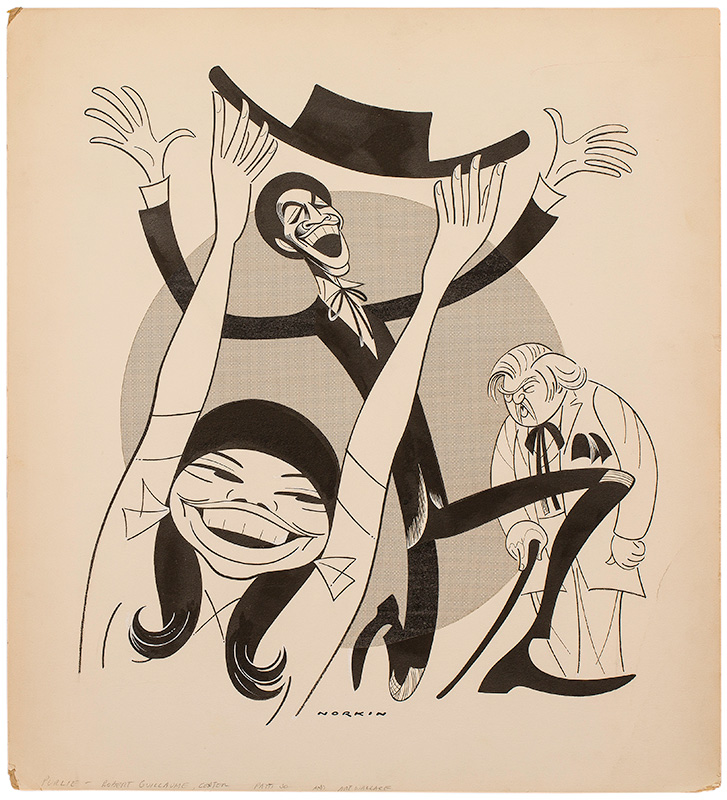 PURLIE/ ARTWORK FOR BROADWAY BY NORKIN (1972)

Artwork meant to illustrate a 1972 Broadway revival, starring Robert Guillaume, of this musical (itself an adaptation from the play PURLIE VICTORIOUS by Ossie Davis). The musical had music by Gary Geld, lyrics by Peter Udell, and a book by Davis, Udell, and Philip Rose. Its original Broadway production had premiered in 1970. The artwork portrays Guillaume, Patti Jo, and Art Wallace.