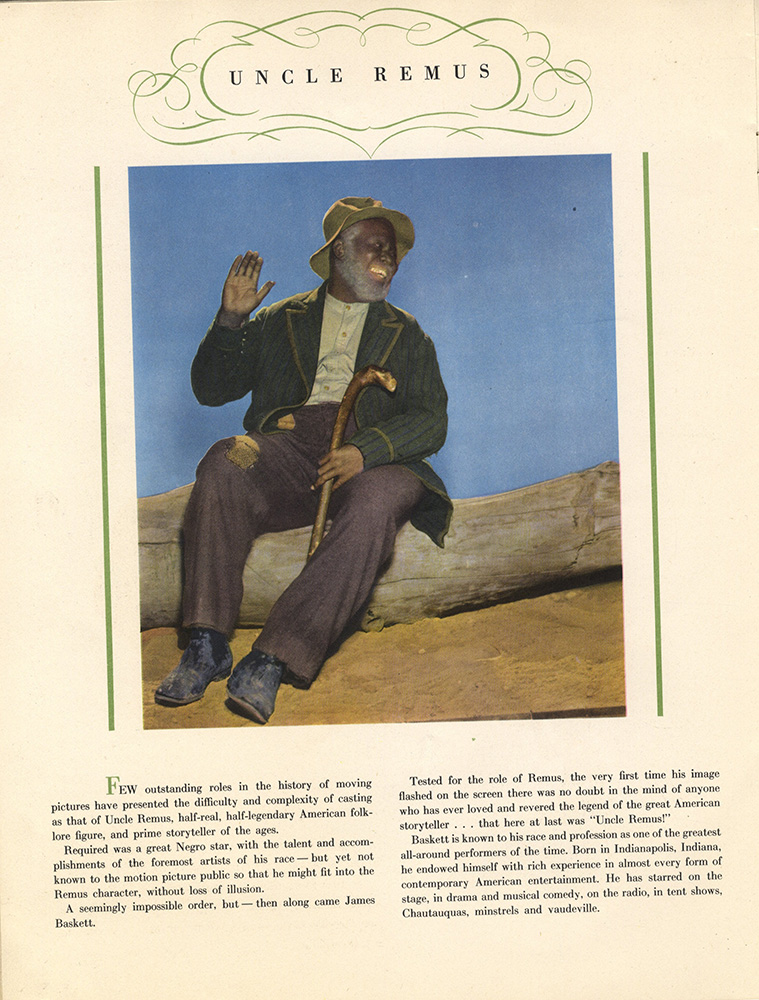 Bogle, pp. 197-8: “Disney story of a lonely Southern boy… who …finds joy and magic in the stories of a …gentle old Negro named Uncle Remus (played by James Baskett). In the movie the animated Br’er Rabbit and Br’er Fox are a delight as examples of clever animation.”

SONG OF THE SOUTH, even at the time of its initial release, was the subject of much criticism from African American as well as white film critics, all of whom were deeply concerned by the racial stereotyping of its Black characters. However, the animated characters (voiced by African American actors, including Baskett) remain a delight. Since the animated cartoons of the 30s and 40s had their share of very derogatory depictions of African American characters, this film represents a departure, since, at least in the animated sequences, the characters of Brer Rabbit, Brer Fox, and Brer Bear, which are presented as black, have a strong onscreen life.

And the film itself, which remains a very controversial one, is just the same a significant entry in the history of portrayals of Black life onscreen in the 1940s — and Walt Disney’s very first such effort.

This program is surprisingly scarce, and the first example of it which I have ever handled.