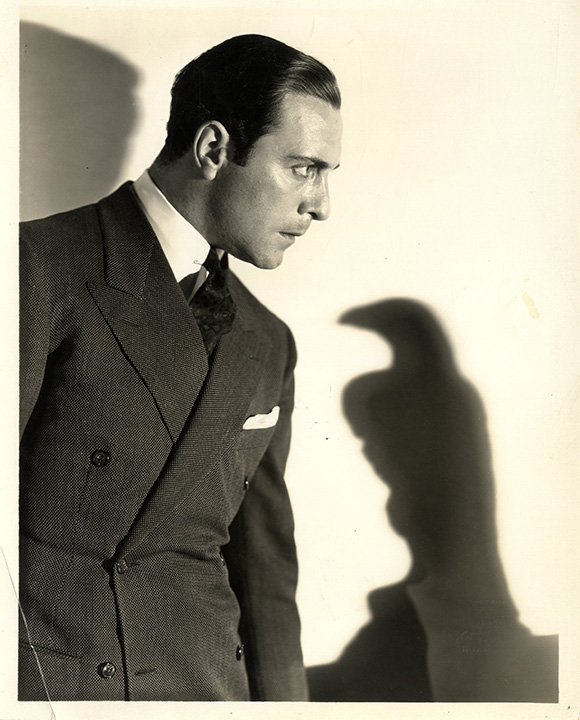 Bebe Daniels plays the dangerous dame Ruth Wonderly and she plays the sexuality blatantly, as well as appearing nearly in the nude several times. Ricardo Cortez plays Sam Spade as a sexually-charged womanizer. The story and cast of characters was the same as the 1941 telling, which surrounded the tracking down of the elusive, valuable and mysterious statue, the Maltese Falcon. A true pre-code classic. There are (16) scene stills included, with much of the main cast and characters shown, including climatic moments with the black bird statue. There are four publicity photos included too, one of which is a superb image of Ricardo Cortez with the shadow of the statue. That photo has the date stamp of May 27, 1931 on the verso as well as the original attached paper blurb. The others do not. Most have the title and Warner Brother’s copyright at their bottom white margin. All are in near fine condition with occasional creases. ABOUT FINE.