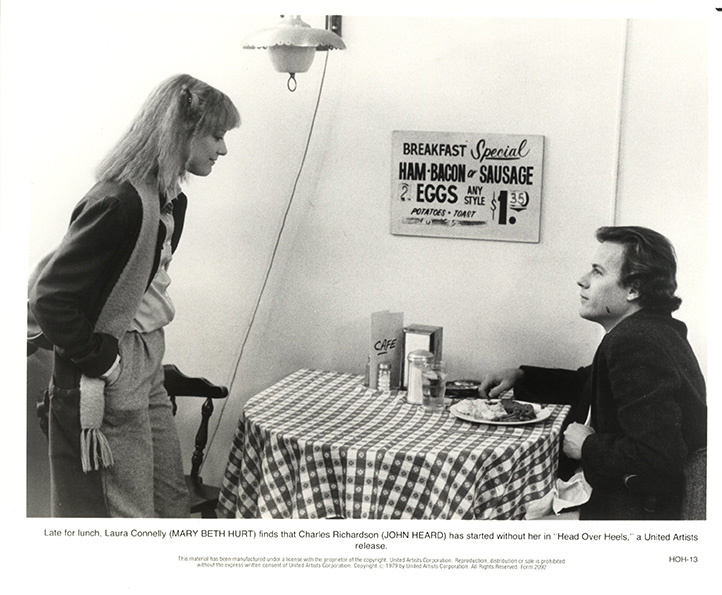 Silver directed her first feature in 1975. She was really the only woman director to emerge from the 1970’s New American Cinema movement. Her feature films have a characteristic interest in issues of female and of Jewish identity.

HEAD OVER HEELS (which was also released under the alternate title of CHILLY SCENES OF WINTER) is a bittersweet, and ultimately disturbing, film about an obsessed young man who goes to endless lengths to get back a woman with whom he was once previously involved. Since the film definitely reflects the woman director’s vision of the male romantic, it remains a film of special interest now. In CROSSING DELANCEY, the movie’s female protagonist meets a man through the efforts of her Jewish grandmother, who in turn contacts the local matchmaker (who sets her up with the owner of a pickle shop!)