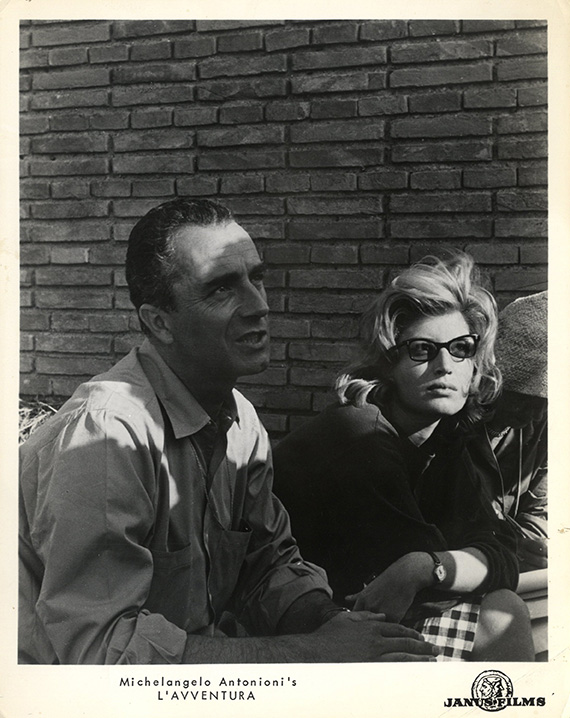 Set of seven vintage original 8 x 10” (20 x 25 cm.) photos, USA. Monica Vitti, Gabriele Ferzetti, Lea Massari, dir: Michelangelo Antonioni; Janus Films. Antonionis’ groundbreaking film about alienation, which was roundly booed at the Cannes Film Festival but which quickly established its director as one of the most prominent European film makers of the 1960’s—and which quickly made an arthouse star of Monica Vitti. There is one photo of Antonioni with Vitti. FINE.