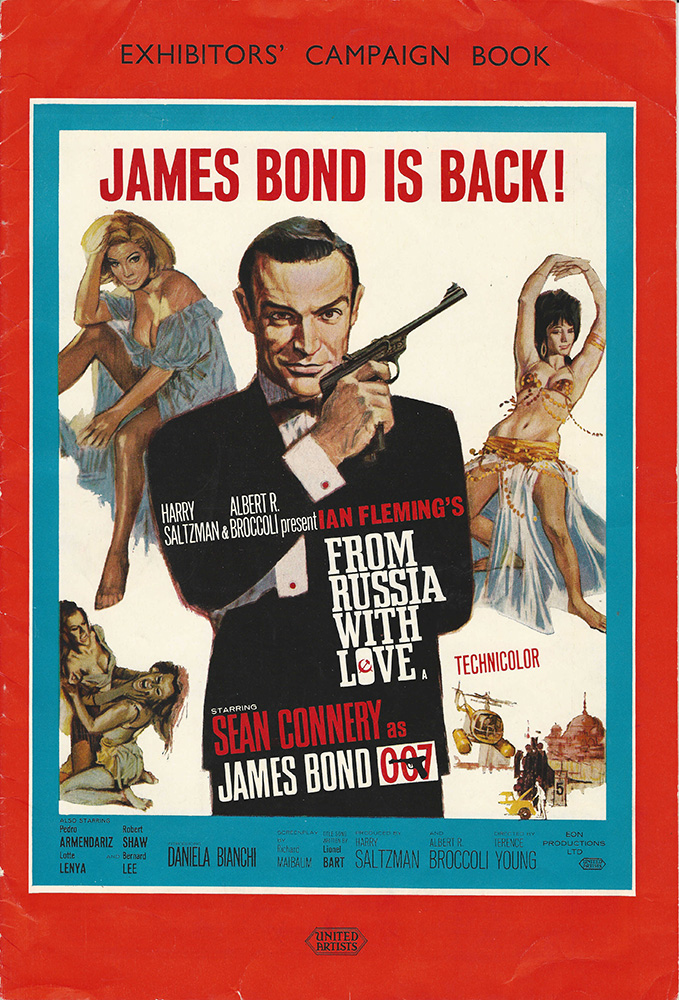 Vintage original 9 ¾ x 14 ½” (24 x 36 cm.) exhibitors’ campaign book, 14 pages, pictorial wrappers, UK. Sean Connery, Daniela Bianchi, Pedro Armendariz, Lotte Lenya, Robert Shaw, dir: Terence Young; United Artists. James Bond is on the search to retrieve a Soviet encryption device which SPECTRE is also after. On his journey through Istanbul to retrieve the device, he is thrown into an assassination plot involving a Russian damsel in distress. The film played in England before being released in the states in May 1964. This was the second of the filmed Bond stories, making more than 20 million in profit. Ian Fleming was one of President John F. Kennedy’s favorite writers and it is said that this is the last film JFK saw before his assassination, viewing it at a private screening at the White House. This book features the original UK promotion, including posters, ads and merchandising items such as books, records and even Double O Lipsticks. There is even a story about the casting of the rats for one sequence. Minor creases to front and back covers, more so at corners. ABOUT FINE.