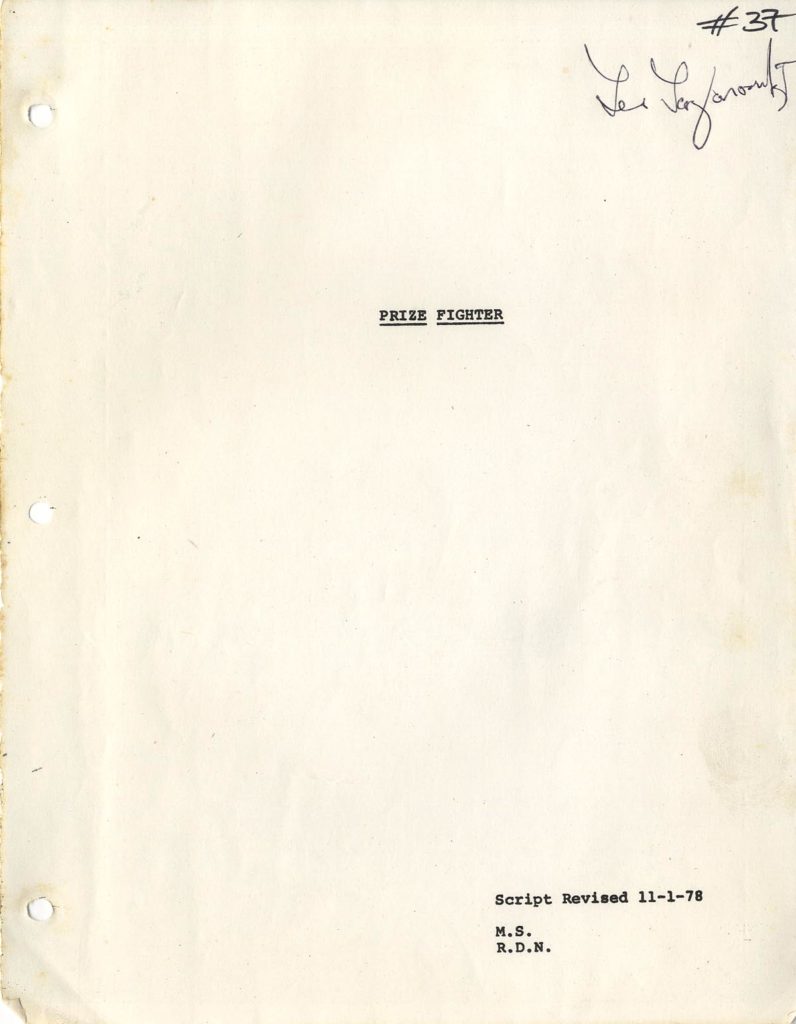 Vintage original screenplay by Martin Scorsese and Robert De Niro [New York: Chartoff/Winkler Productions], Novermber 1978 and February-April, 1979. [2], 103 leaves and [1], 101, [1] leaves, plus lettered inserts.
Two different preproduction scripts of Scorsese and De Niro’s revision of Paul Schrader’s screenplay, which was itself a major revision of Mardik Martin’s preliminary script, adapted in large part from Lamotta’s 1970 memoir Raging Bull: My Story. The evolution of the script and the revisions evidenced here are treated in part in Mary Pat Kelly’s Martin Scorsese: A Journey, in the chapter “Blood on the Ropes.”
These examples of the two drafts each bear the ownership signature of Les Lazarowitz, one of the sound mixers for the movie. It is accompanied by Lazarowitz’ original 6 x 12″ screenprinted parking permit. Original screenplays for this particular film, with provenance, turn up very infrequently, and these are the first ones which we have ever offered.
Mimeographed script, the latter on white, green, and blue stocks. Brad- and bolt-bound in plain wrappers. Wrappers somewhat worn and marked, ink name in each, slight marginal discoloration to fore-edge of a few late leaves in the first, some marginal fraying to a few leaves in the latter, some inevitable thumbing and corner creasing from use, but VERY GOOD+ in NEAR VERY GOOD wrappers.