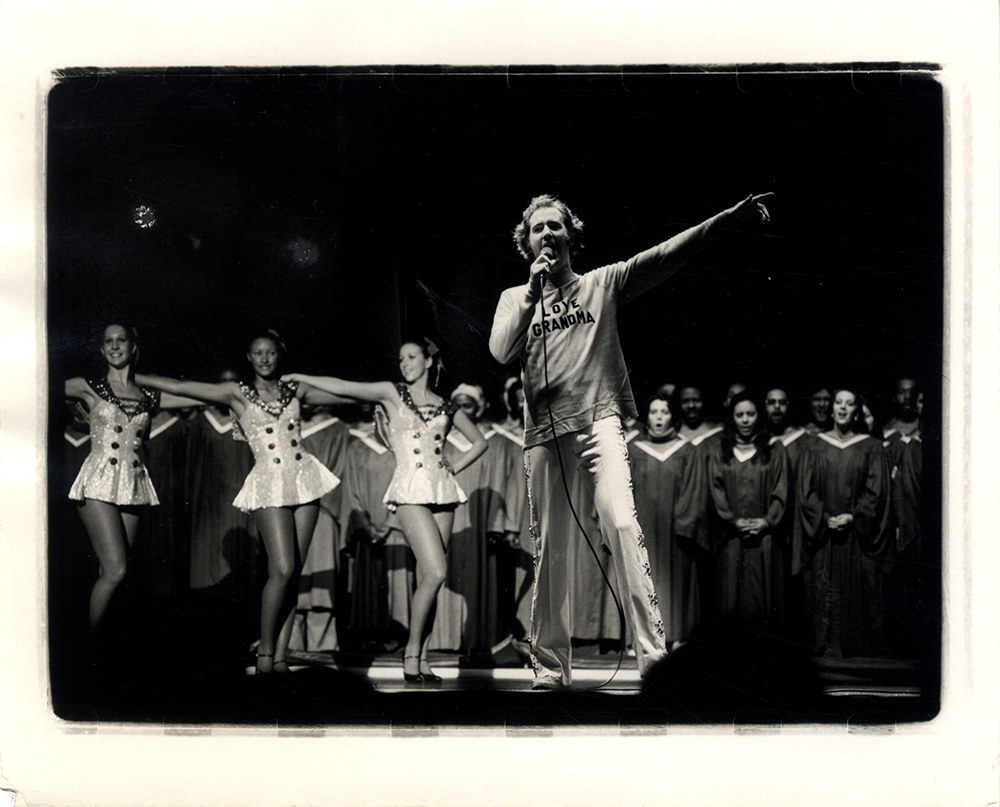 Document one of his stage show appearances, most likely his 1977 show at Carnegie Hall. Note his “I LOVE GRANDMA” sweatshirt—at the end of the show, his so-called Grandma, who was sitting at the side of the stage, turned out to be Robin Williams.

Two of the photos have stamps on verso of photographer Borchardt, the third has her MS. copyright.

A bit of waviness, near fine.