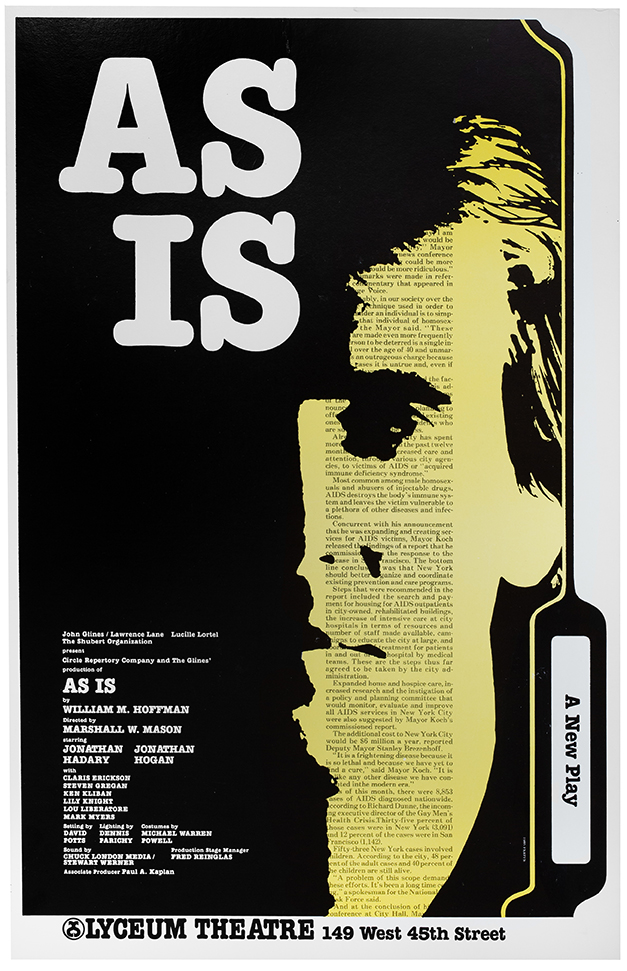 AS IS was among the very first plays to deal with the unfolding catastrophe of AIDS. It first opened off-Broadway on March 10, 1985, and was quickly moved to the Lyceum Theatre on Broadway, on May 1, 1985. The play, by William S. Hoffman, depicts a group of friends living in New York City, all of them impacted in different ways by the disease.