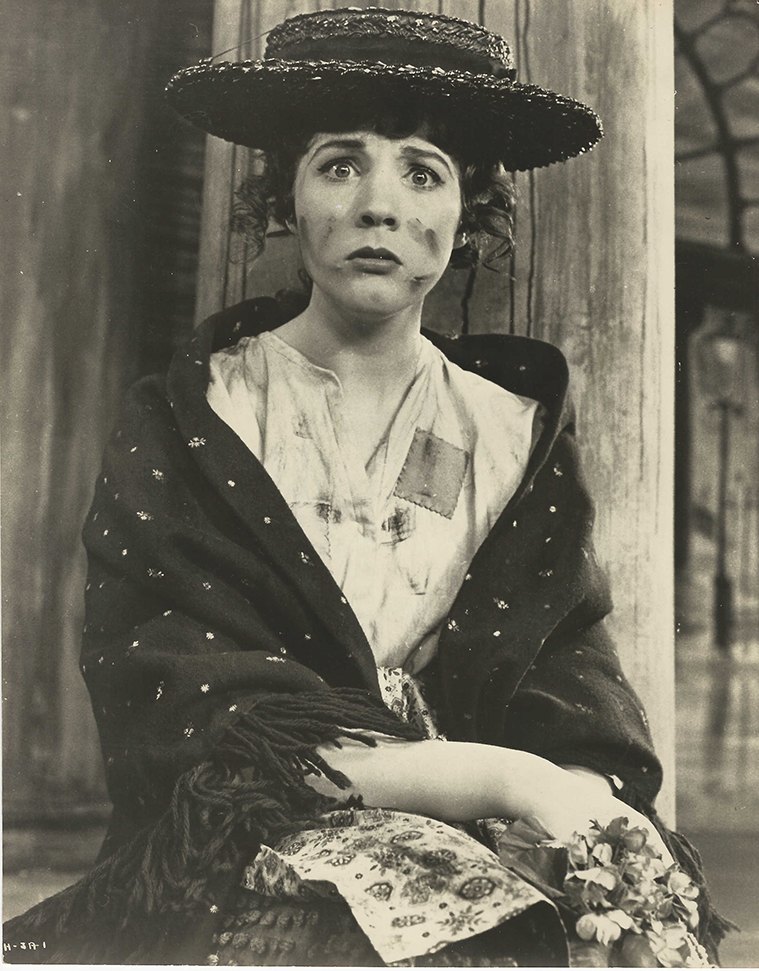 Vintage original 10 x 8” (25 x 20 cm.) black and white single weight glossy silver gelatin print still photo, USA. Julie Andrews, Rex Harrison, Stanley Holloway, dir: Moss Hart; Mark Hellinger Theatre. New discovery Julie Andrews became a Broadway star when she premiered on March 15, 1956 in the Lerner and Loewe musical based on George Bernard Shaw’s PYGMALION. The play had been approached several times in translating to a musical, but the original structure proved impossible for the form. When Shaw died in 1950, Lerner and Loewe were asked to approach it, did so, gave up and did not come back to it for two years. It was in development for four years and the duo even tempted Deanna Durbin for the one and only time to come out of retirement. The role went to Andrews, who had grown up as a performer in British vaudeville, making the role perfect for her. Here she is as the flower seller, Eliza Doolittle. Photo is coded H-3A-1 and is borderless. ABOUT FINE.