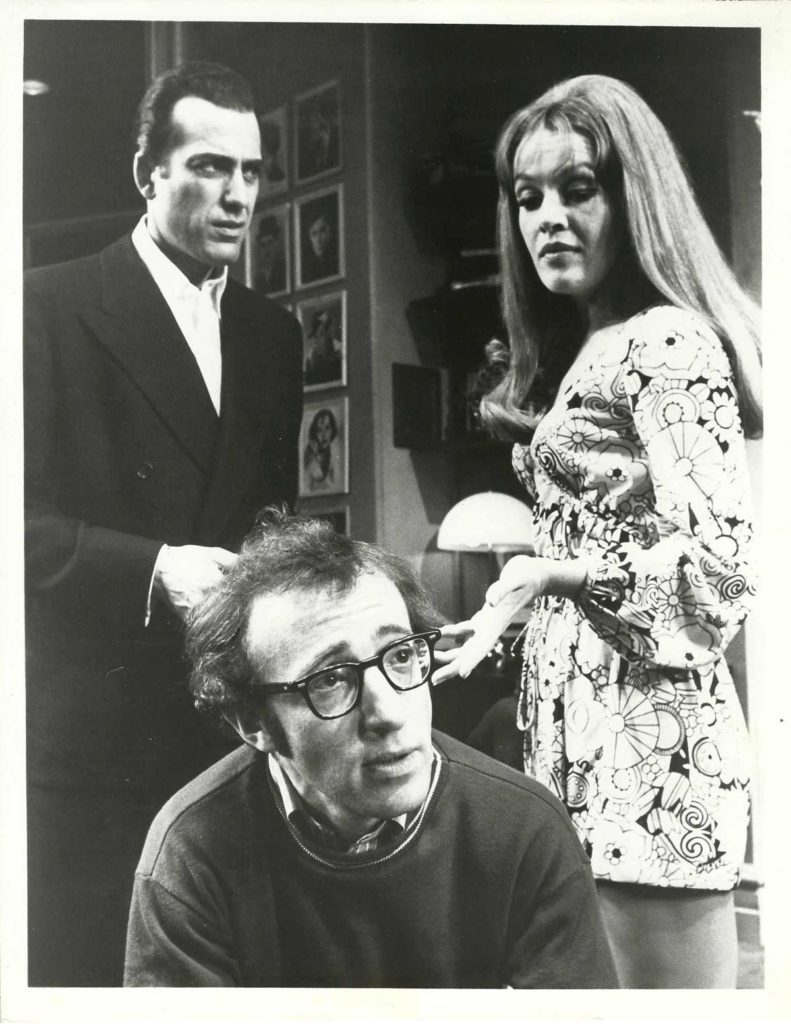 The plot involved a recently-divorced film magazine writer who decides to restart his romantic life. He falls in love with the wife of his best friend and seeks advice from this ghost of his idol, Humphrey Bogart. Quoting Bogart’s lines from Casablanca, he tells her that it is best she return to her husband.

The show ran at the Broadhurst Theatre on Broadway starting in Feb. of 1969, and ran for 453 performances. This would be the start of the Woody Allen-Diane Keaton relationship. Each of these four stills feature an attached paper blurb describing the scene and those in the image, including Allen, Keaton, Roberts, Sullivan, Lacy and Brownell. A few hand written notes on the verso. FINE.