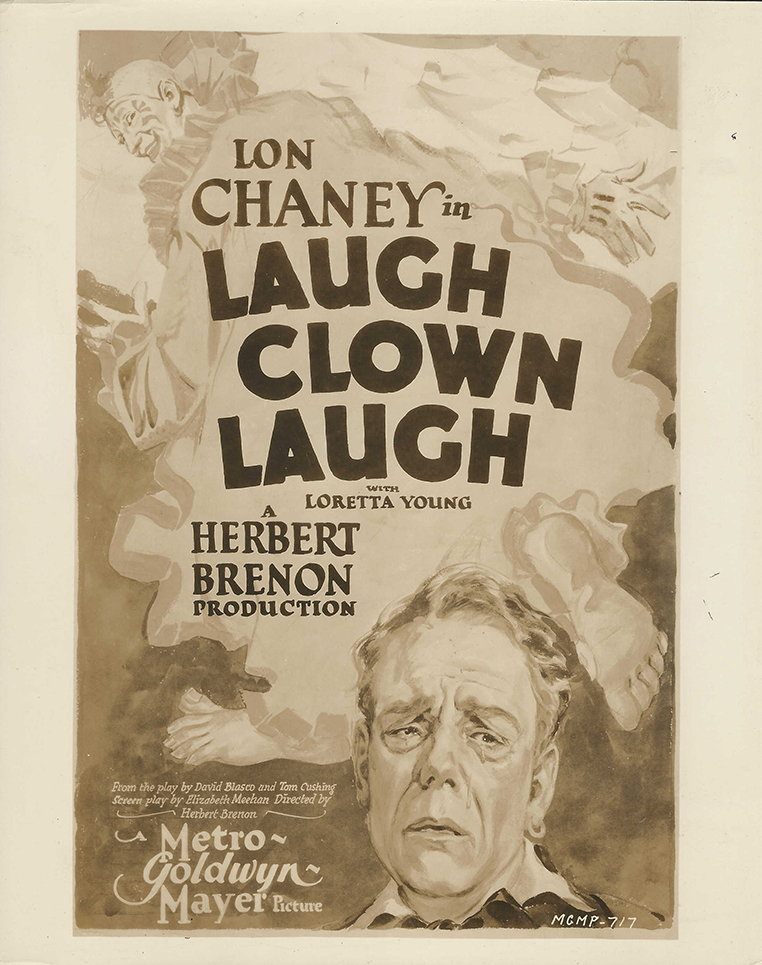 Vintage original 8 x 10 (20 x 25 cm.) black and white single weight glossy silver gelatin print still photo, USA. Lon Chaney, Loretta Young, Nils Asther, Gwen Lee, dir: Herbert Brenon, MGM. Lon Chaney ran the gamut in the story which spanned a 25 year period in the life of the circus clown known as Pagliacci, the clown who could not laugh. Perhaps his finest film performance, he also guided 14 year old Loretta Young in her first featured role, often staying on the set to buffer director Herbert Brenon’s ridiculing of her. During the Academy’s first year, the writers were nominated for the titles for this film and others that year. Inside his tent we find Chaney as the forlorn Tito. One of the finest silent films, it is based on a story by David Belasco. Still is coded MGMP-717 and is a sepia print of the one sheet poster  ABOUT FINE.