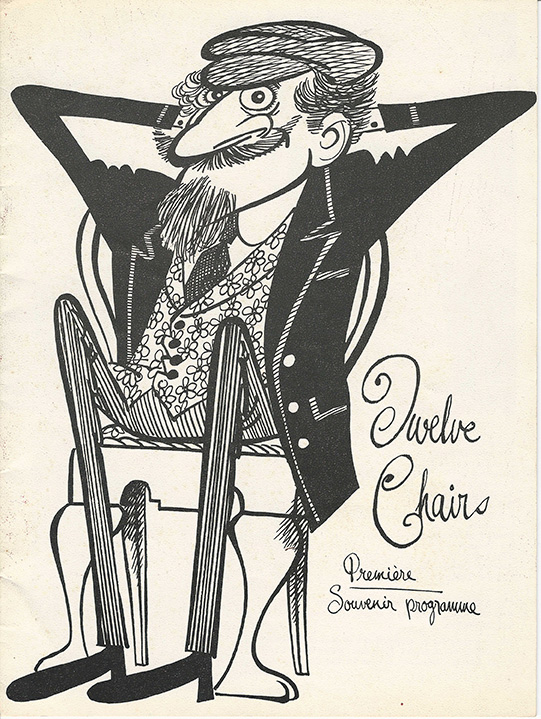 Vintage original 8 x 10” (20 x 25 cm.) program booklet, soft cover, 12 pages, Australia. Mel Brooks, Ron Moody, Frank Langella, Dom Deluise, dir: Mel Brooks; UMC. Mel Brooks filmed his comedy caper in Yugoslavia. Set in Soviet Russia of the 1920s and involved an unlikely trio hunting for jewels which have been hidden in one of twelve dining chairs which were lost during the revolution. The booklet is full of black and white photos, biographies of the actors and credits. This booklet was used for a charity evening which benefitted the E. W. Tipping Foundation for Mentally Retarded Children and Adults. Minor soil to cover and minor use.  No comparable booklet was issued for the film in the US or the UK, to the very best of our knowledge, and this is surely very scarce. ABOUT FINE.