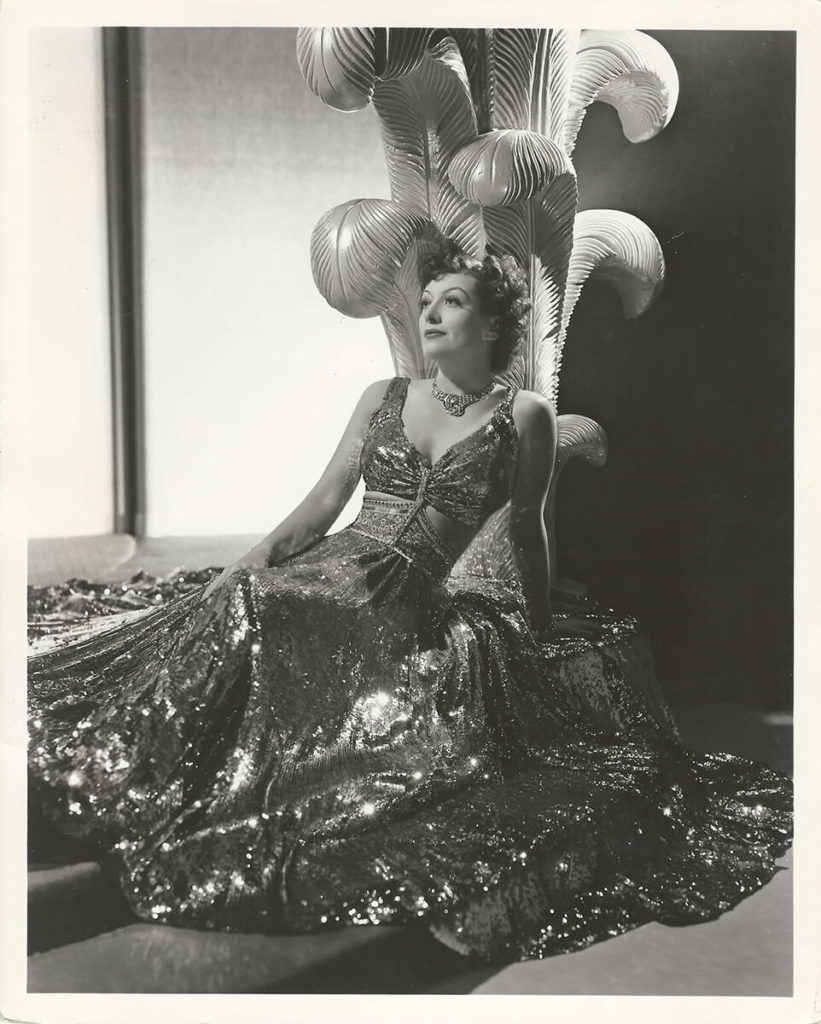 Vintage original 10x 8” (25 x 20 cm.) black and white double weight glossy silver gelatin print still photo, USA. Norma Shearer, Joan Crawford, Rosalind Russell, Mary Boland, Paulette Goddard, Joan Fontaine, Phyllis Povah, Virginia Weidler, Lucile Watson, Marjorie Main, dir: George Cukor: MGM. The original typed blurb on the verso of this still describes Joan Crawford as playing her first “heavy” in a film. Indeed, Crawford had played likable and sympathetic characters often in rags to riches stories previously. MGM cast her in a number of odd properties between 1936 and 1938 which gave her wonderful acting challenges but which did poorly at the box office. She along with a string of other big name stars was labeled “box office poison” in 1938. Her characterization as Crystal Allen in this hit film version of the popular Broadway play gave her career a huge shot in the arm and she continued another 4 years at MGM before re-inventing herself at Warner Brothers. Her spectacular gown is designed by Adrian, this time allowing her broad shoulders full reign. The gypsy style gown became a rage in 1939, this version with its’ intricate hand beading. This portrait of Crawford has all the bells and whistles including the original typed blurb, the Hollywood Advertising Advisory Council stamp dated June 2, 1939 and the MGM photo by Willinger photographer stamp. Very minor wear at edges, some of the paper on verso where tape was removed. ABOUT FINE.