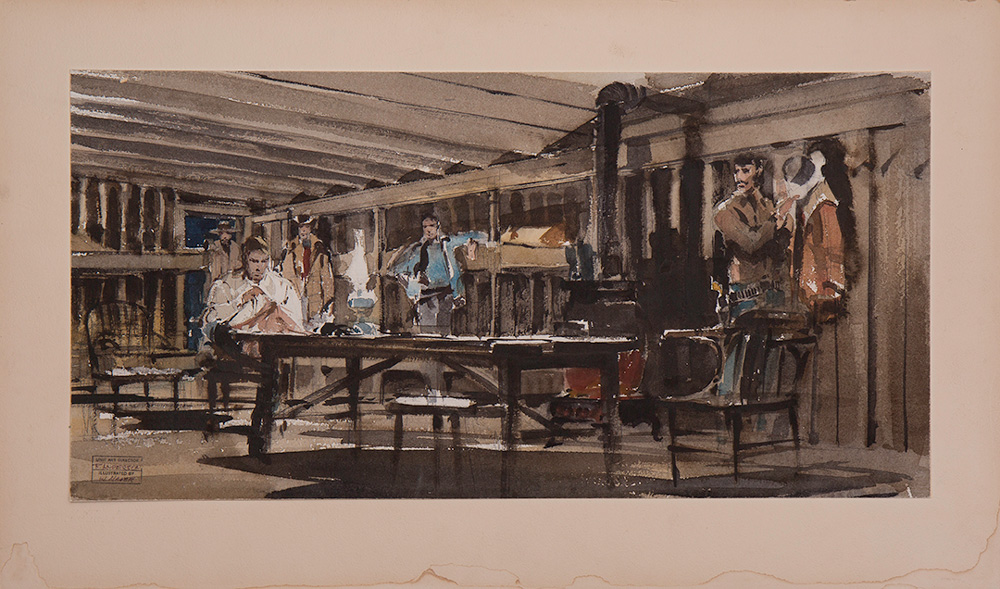 This sketch represents a concept for set designers to consider for Sam Peckinpah’s epic Western MAJOR DUNDEE’s opening scene. The story took place at the end of the Civil War, in which a Cavalry officer led a group of Army regulars and Confederate prisoners on an expedition into Mexico to attack a band of Apaches who had raided U. S. bases in Texas. Much of the film was shot on location.

The art director was Alfred Ybarra but this sketch is credited (on the lower left corner of the piece) to unit art director R. Anderson and illustrator W. Maior. Some staining along the bottom of the art board, ABOUT FINE.