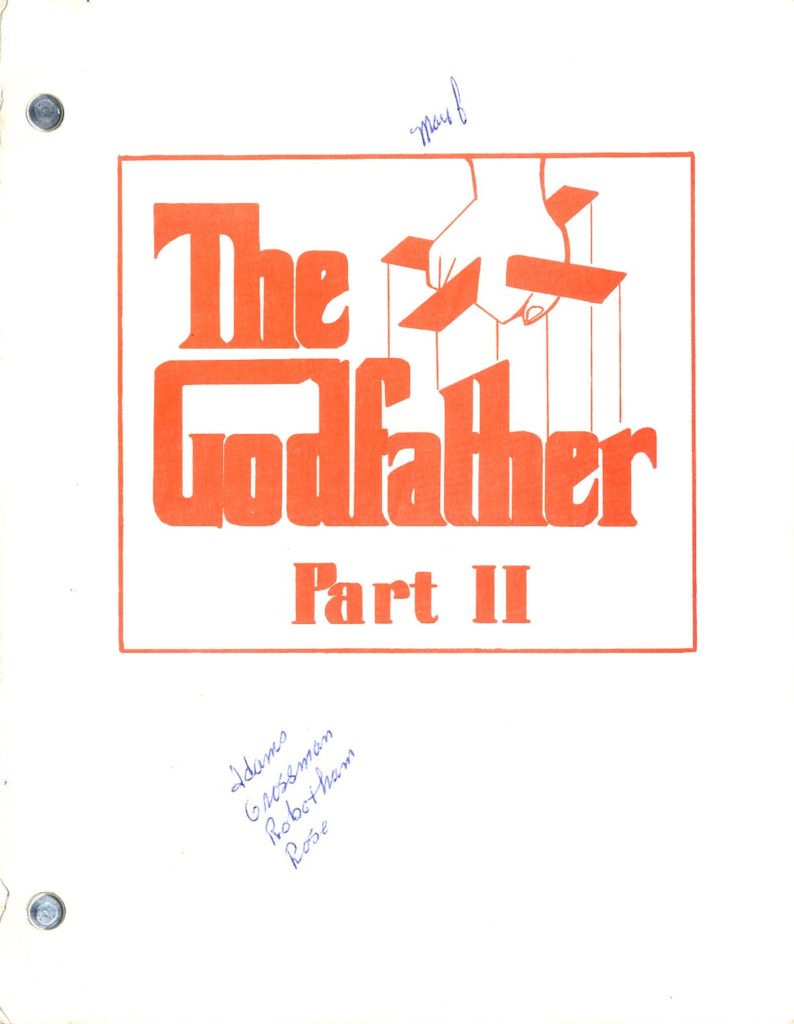 From the Richard Manney collection of film scripts, with his name on a 1990 bill of sale, which is laid in.

One of the great American films, and one of the cornerstone classics of the New American Cinema movement of the 1970s. Winner of six Oscars, including for Best Picture and Best Screenplay.
Brad-bound, pictorial wrappers, 200 pp., studio mimeograph, this script belonged to an uncredited member of the crew, and has various notations in holograph ink, including a few on front wrapper, NEAR FINE in VERY GOOD+ wrappers.