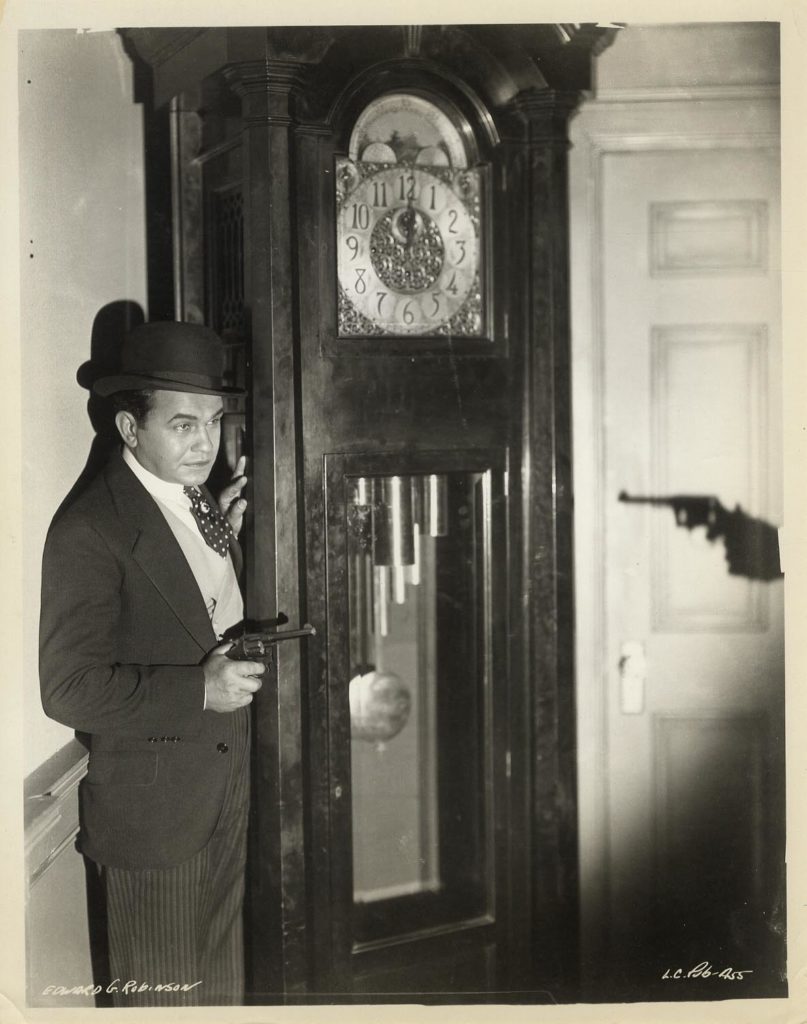 The famous granddaddy of gangster films which began a series of violent and adult-themed gangster films during the early talkie/pre-Code era. Though a warning appeared at the top of the film, the producers painted a rather flashy picture of the gangster life in what was then the height of both the Depression and Prohibition. Gangster Rico (Little Caesar) does pay with his life in the end, though. The film is most famous for Robinson’s final line.

In this atmospheric still we not only see Robinson pointing his pistol, but one being pointed at him in shadow. The pointing of guns would be forbidden in stills a few years later when the stringent Production Code began. Still is coded “LC PUB-A55”. Minor creasing at corners only, ABOUT FINE.