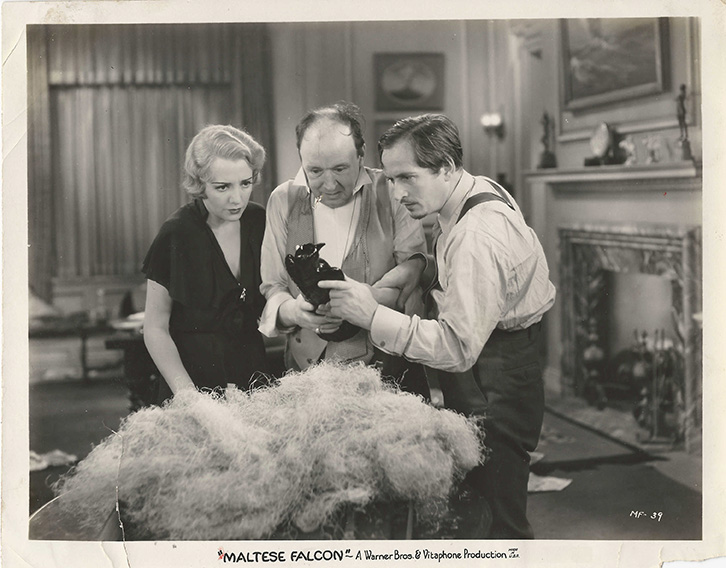 Bebe Daniels plays the dangerous dame Ruth Wonderly and she plays the sexuality blatantly, as well as nearly in the nude several times. Ricardo Cortez plays Sam Spade as a sexually-charged womanizer. The story and cast of characters was the same as the 1941 telling, which surrounded the tracking down of the elusive, valuable and mysterious statue, the Maltese Falcon.

The photo is fairly used with chipping and tear to the bottom right corner, and two tears (one of which is a good 1” (2.5 cm.) at bottom left side. There are remnants of brown advertising tape on the verso. Image is fine. VERY GOOD.