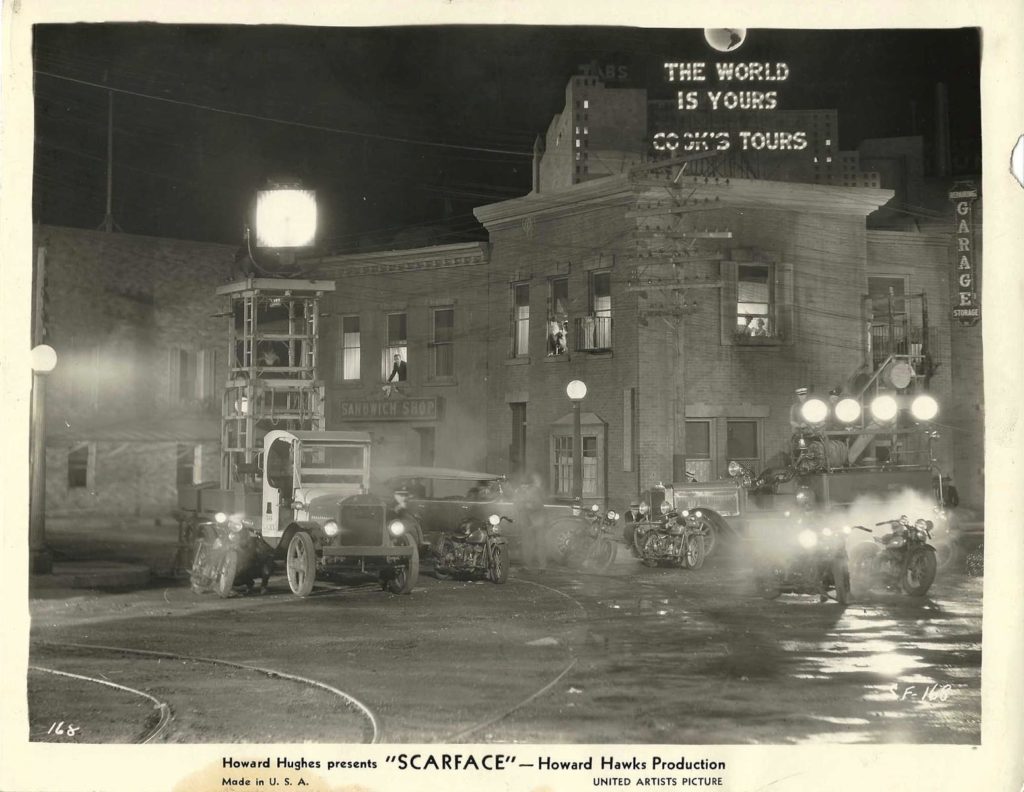 Story is of an insane and violent gangster who rises to the top of the mob, but whose weaknesses cause his downfall. The screenplay was written by Ben Hecht, who lived in Chicago just prior and knew Al Capone and his people. The main character was largely based on Capone, who even sent two of his thugs to Los Angeles to question Hecht. Capone loved the film so much, he owned his own copy.

Producer Howard Hughes first gave in to the demands of the censors who felt the film made crime look too easy by filming an alternate ending in which Muni’s character is sent to his death (minus Muni and the star cast). He disliked it so that he went and released the film without the censor board’s approval, something he could not have done two years later.

This unusual shot appears to be a bit of a combination of a scene still with a shoutout in action but with a platform and movie lighting present on the bed of the truck. Fascinating look at what appears to be an exterior set built on an interior stage with its false front building and cutouts in the background. Coded 168. There is a chip to the blank white margin near the top right edge. Slight handling. NEAR FINE.