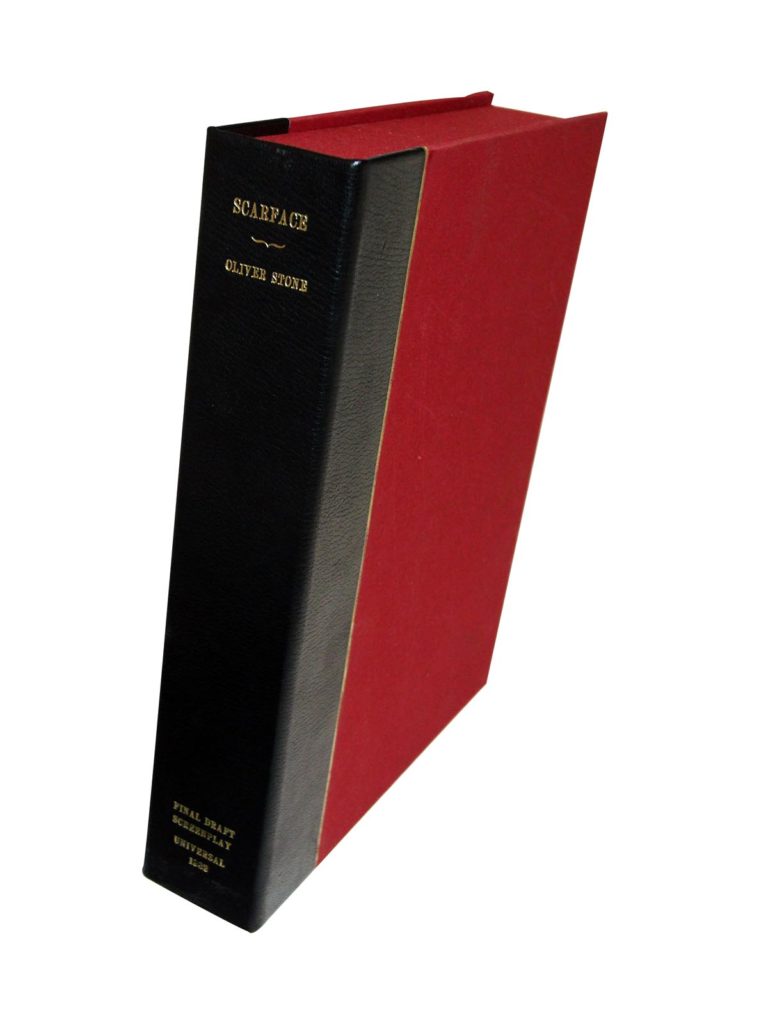 Vintage original final draft script [dated variously between 11/2/82 and 11/12/82], USA. Reviled upon its release by some, and perhaps the only picture to have ever been nominated for three Golden Globes along with a Razzie award, SCARFACE is today generally considered a classic, visceral genre film, in which Al Pacino inhabits the title role to the hilt: a young punk who rises to power in the Miami drug scene in the late-1970s/early-1980s. Pacino’s performance has since become iconic to many subcultures, rap and hip-hop not being the least of them. One of a number of key screenplays written by Stone, who would make his debut as a director three years later with SALVADOR and PLATOON.
Red studio wrappers, 226 leaves, mechanically reproduced on eye-rest green stock with pink and blue revision pages throughout, dated variously between 11/2/82 and 11/12/82. Brad-bound, studio mimeo, NEAR FINE in VERY GOOD+ wrappers. In a custom quarter-leather clamshell box.