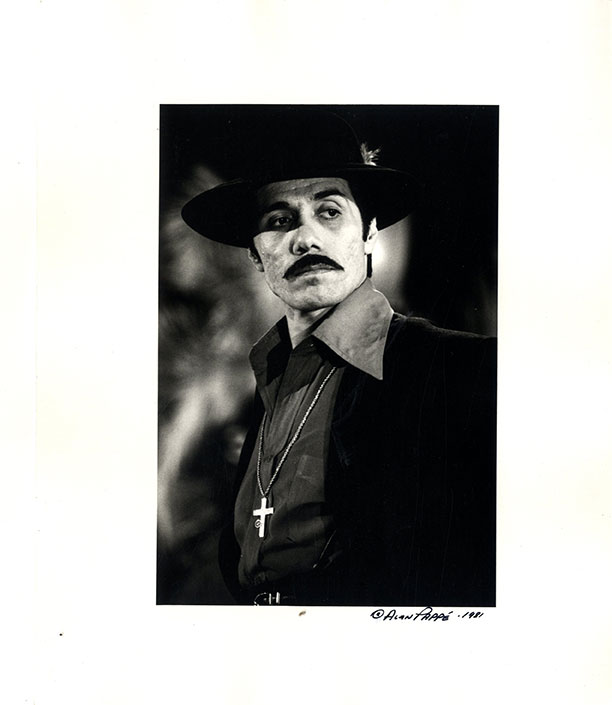 After Luis Valdez’ play (about the 1940’s Sleepy Lagoon murder trial and Zoot Suit riots) made huge impressions on the Los Angeles and New York stages in 1979, Valdez adapted it for this 1981 movie, in which Valdez had the major role of El Pachuco.

A unique photo specially printed by its photographer for his files.