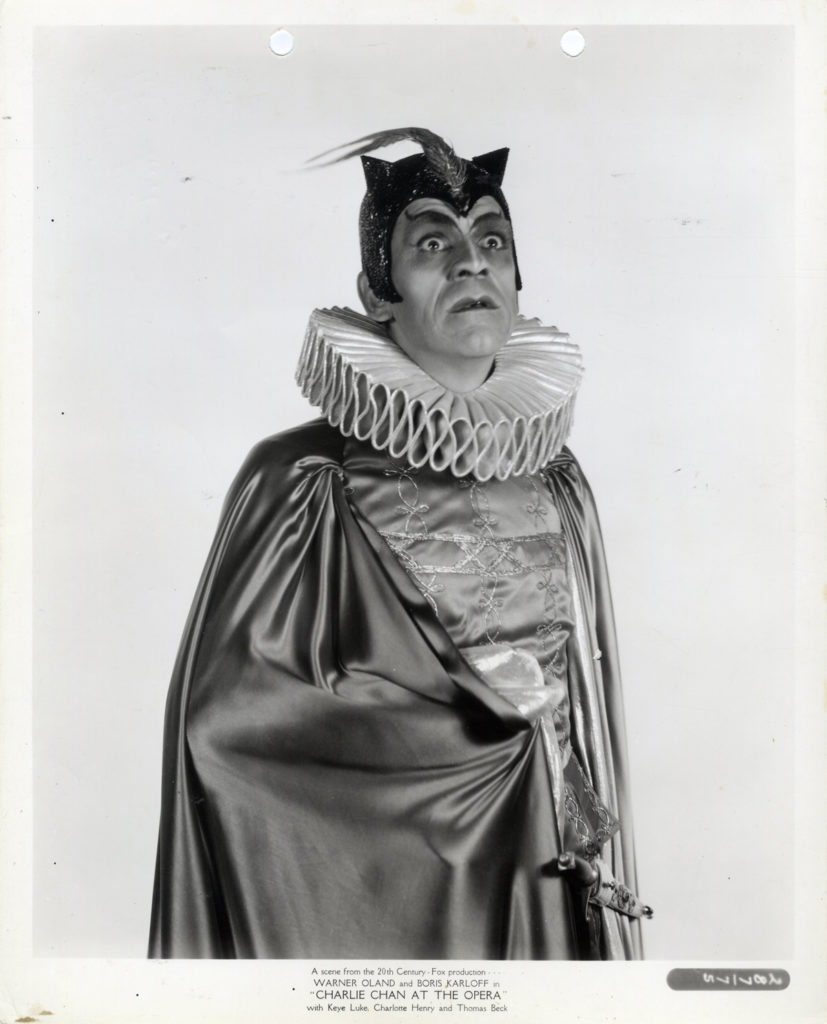 Vintage original 10 x 8″ (25 x 20 cm.) black-and-white single weight glossy gelatin silver print Keybook still photo, USA. Warner Oland, Boris Karloff, Keye Luke, Charlotte Henry, Thomas Beck, dir H. Bruce Humberstone: 20th Century Fox. In this Chan mystery, a dangerous amnesiac escapes an asylum and hides within an opera company, where he is suspected of getting revenge on those who attempted to murder him. Is this dangerous fugitive responsible for the murders? Charlie and son are brought in to find out.
Part horror/part mystery, with touches of humor, this is likely the best remembered of the Chan films. An original opera was composed by Oscar Levant for the film, which boasted one of the finest budgets and crew artists of any of the Chan films. Boris Karloff donned the Mephistopheles costume from Faust for the opera scene (as he wears in this portrait), which had been made for Lawrence Tibbett for METROPOLITAN (1936). His singing was dubbed by Tudor Williams.
Keybook still photo has two punch holes at the top of the image in the background. An Oct. 5, 1936 Hollywood approval stamp is faint, but present on the verso. Only light handling. ABOUT FINE.