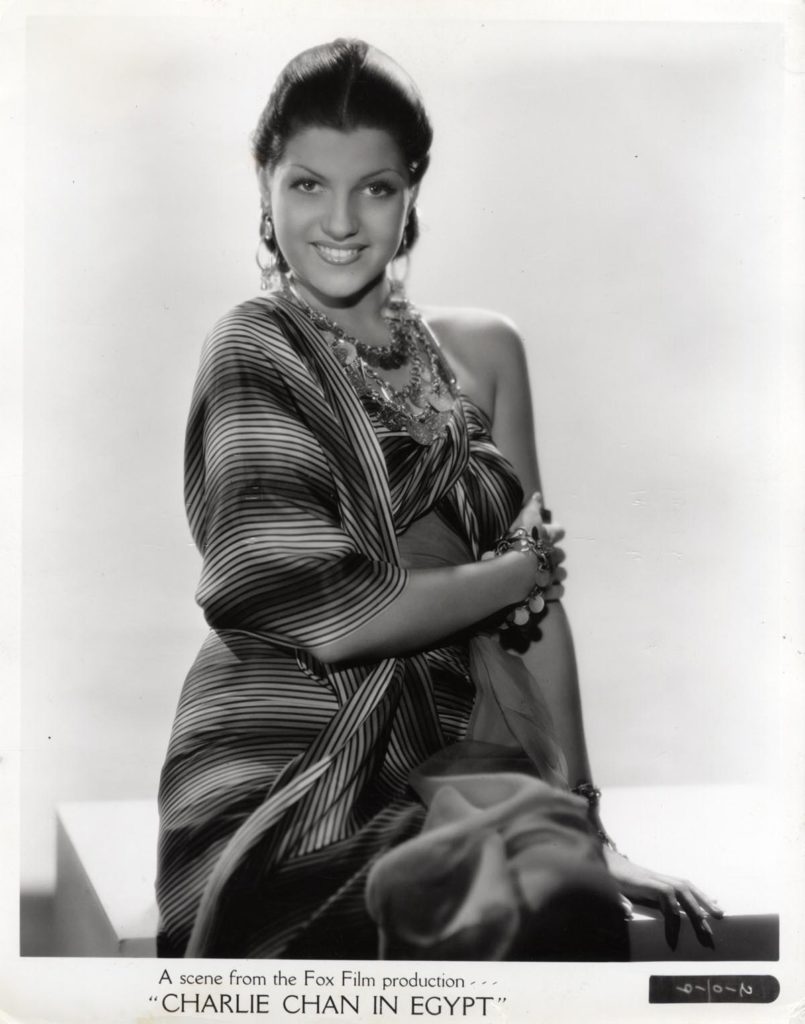 Vintage original 10 x 8″ (25 x 20 cm.) black-and-white glossy gelatin silver print still photo, USA. This was the first feature role for Rita Hayworth (still billed as Rita Cansino) in a full length film. At 16, after years as a dancer in her father’s troupe and stage act, she was signed to a contract at Fox Studios. She danced in the film DANTE’S INFERNO and then was cast in a role in the popular Charlie Chan series. She would continue to play under the Cansino name for several years in roles as a dancer and in bit parts, often unbilled, but with her name and credits building into what would become one of the finest film careers of all time.
Before she was the more Anglo-ized star which she became, Rita would play a variety of ethnicities, here in the role of an Egyptian named Nayda. Still is 210/19 and has the title snipe printed at the bottom margin. One of the earliest film related still portraits of this legendary star. ABOUT FINE.