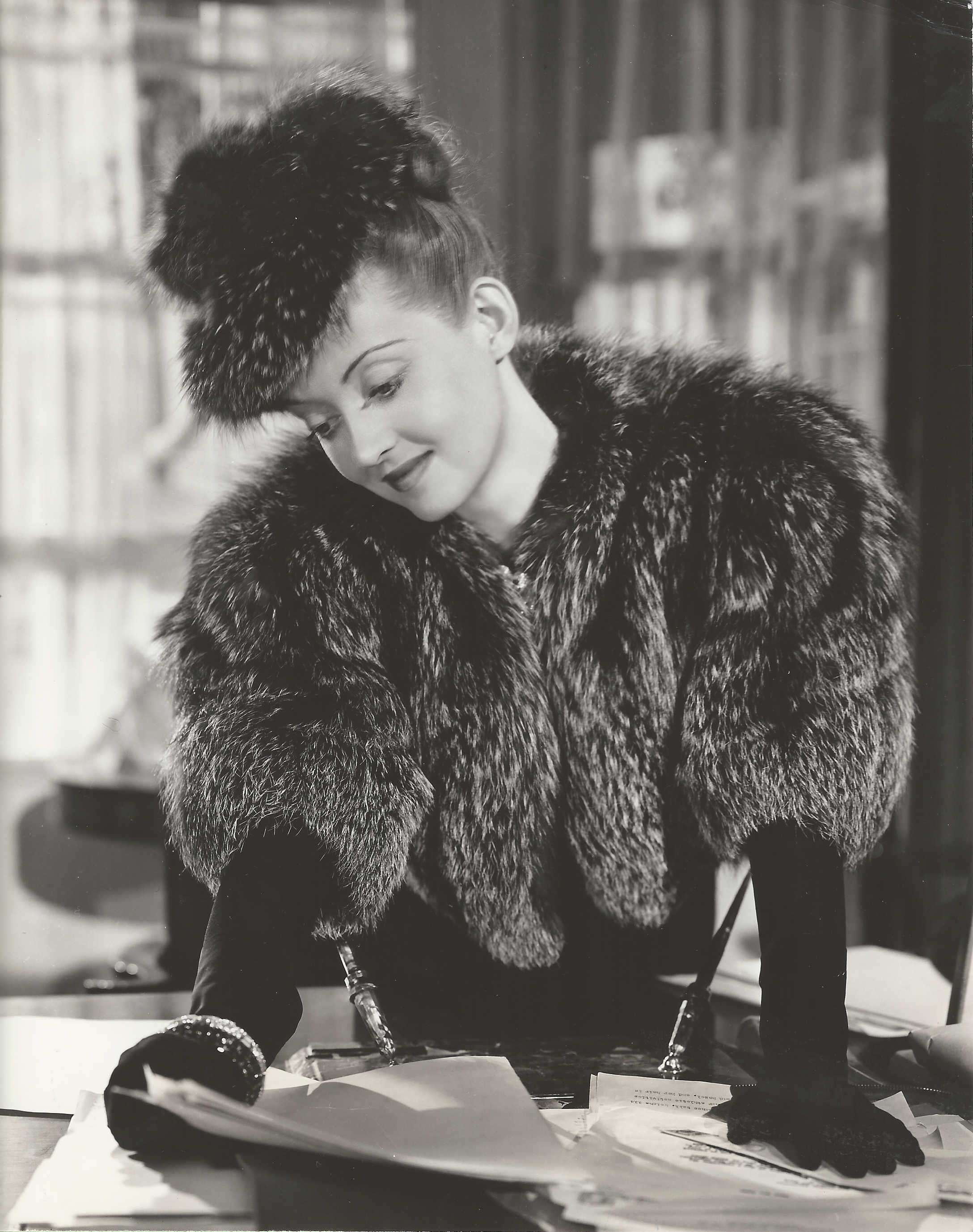 Vintage original 7 ¼  x 9 ¼  black and white single weight glossy silver gelatin print still photo, USA. Bette Davis, George Brent, Humphrey Bogart, Geraldine Fitzgerald, Ronald Reagan, dir: Edmund Goulding; Warner Brothers. One of Bette Davis’ most famous film roles, Judith Traherne— the spoiled socialite, who, when diagnosed with an inoperable brain tumor, learns about friendship, love and dignity. Davis campaigned strongly with Jack Warner to secure the rights for the play. Warner argued that audiences did not want to see someone going blind. David O. Selznick had secured the rights and at one point Greta Garbo was rumored for the role, but Davis won out. It was one of Warner’s biggest money makers of the time, and Davis and the picture were nominated for the Academy Award’s most competitive year of 1939. Judith Traherne wears one of the most famous film fur ensembles (Orry-Kelly) as she discovers her prognosis in the medical office. This photo includes the extensive publicity blurb from Warner Bros. Studios, Burbank, California attached to the verso which details the scene in the image. This is #11 in a series. Minor waviness, minor creasing at top right corner. ABOUT FINE.