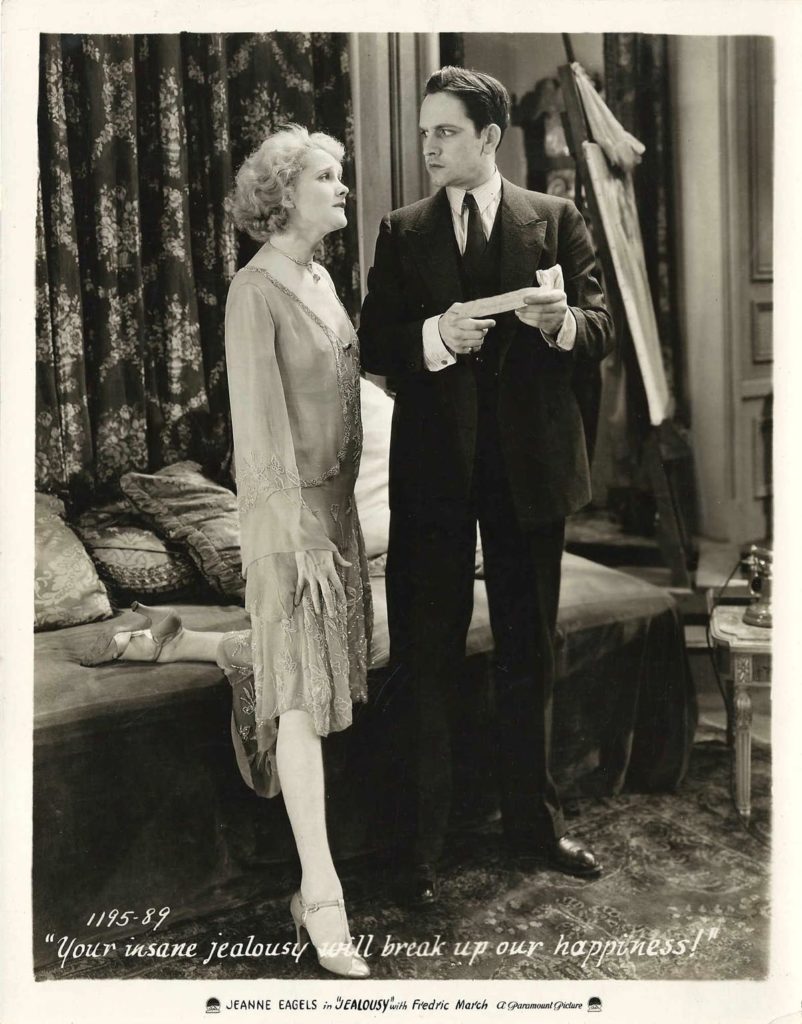 When the Paramount catalogue of 1929-1949 films was sold to MCA for television use in 1958, this title was not included due to rights complications, and thus has not been seen since initial release. The story, based on a Louis Verneuil play, would be remade as Deception in 1946 with Bette Davis.

It involved Yvonne, proprietor of a Paris gown shop, who marries a poor artist named Pierre. It is revealed that she once had an affair with a wealthy elderly gentleman who set her up in business. When faced with financial difficulties, she goes back to her benefactor and finds him murdered. Pierre confesses to the murder.

Initially, British actor Anthony Bushell (Eagels requested him) was playing the March role of Pierre. When the recording of his voice in the early sound process proved unsatisfactory, Bushell was replaced by March, but not before stills were taken of the scenes he filmed. Some of those stills were distributed and, in some cases, he even appears on some of the poster art.

In these two stills we have Eagels in dramatic moments with an inspector and with Fredric March. 1195-54 has color on verso but does not come through at all. Still 1195-89 has minor creasing and handling. This would be Eagels’ last film. VERY GOOD-FINE.