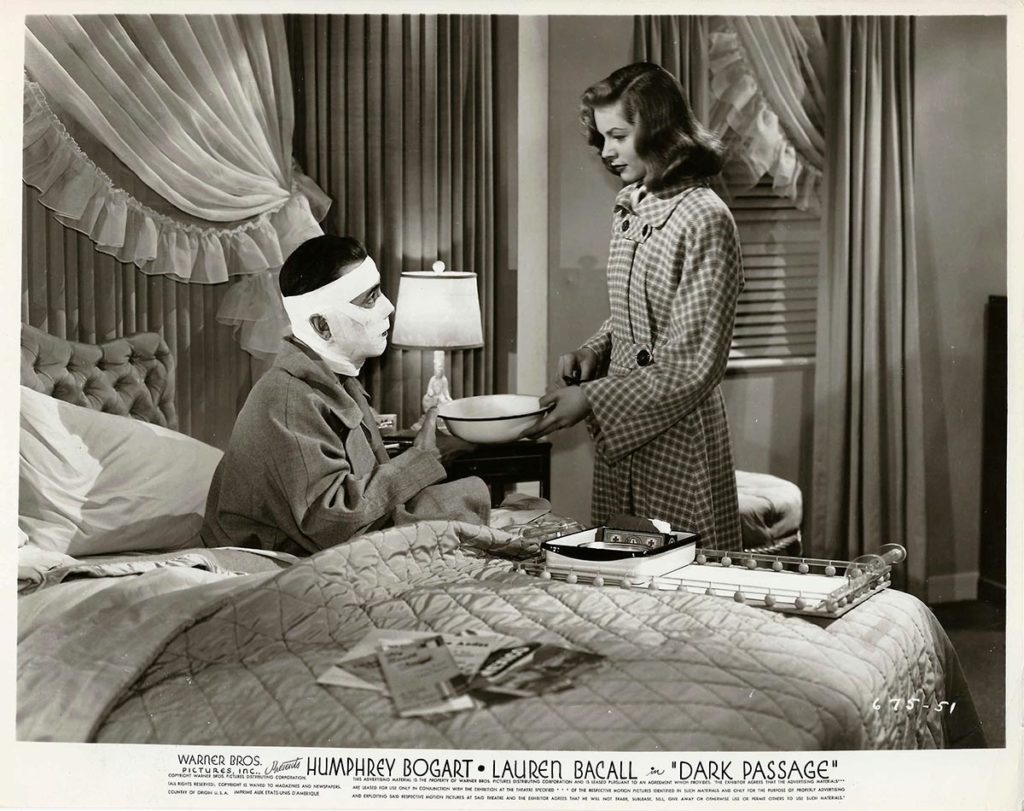 A man (Bogart) wrongly convicted of the murder of his wife is rescued by a concerned courtroom spectator (Bacall) and who must change his notorious face through back-door plastic surgery in order to find the real killer. One of the truly great films of this revered genre, as well as one of the best period films set in and depicting San Francisco.

This image of Bogart in bandages is rare as for the first 62 minutes of the actual movie, we do not see him but only see things from the characters point of view. We do not see his face in the film until he removes the bandages. Still is coded 675-51 and includes the Warner Brothers credits information at the bottom margin. Very minor handling, FINE.