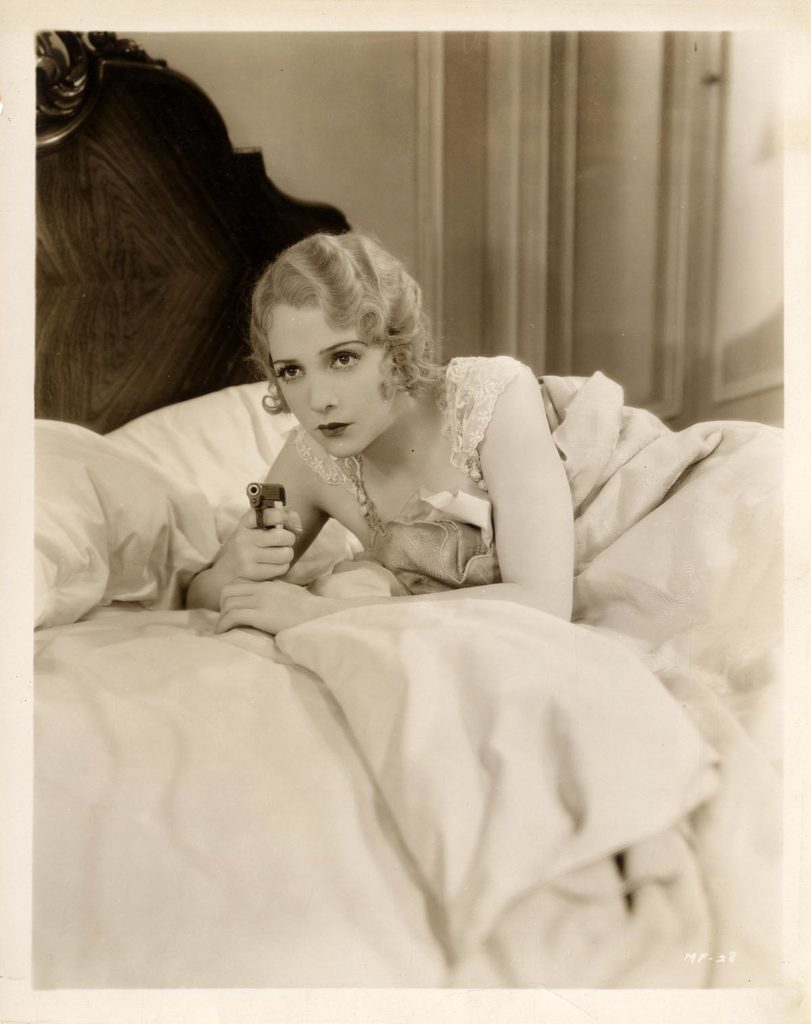 Bebe Daniels plays the dangerous dame Ruth Wonderly and she plays the sexuality blatantly, as well as nearly in the nude several times. When she was wearing a costume, it was little more than this negligee she wears in bed, a gun at her side. Daniels was one of the most versatile of early film actresses, starting as a child in 1910, enjoying a prolific film career until 1940 and a radio/TV career thereafter.

Typed at the top of the verso is information for the May 28th showing at the Winter Garden. Still is MF-28. There is a tiny chip near the top left border edge, rounding at the top right corner, a tiny border tear near the bottom left corner and a scratch in the white border near the bottom right corner. Fun, provocative image with a pointed gun, something which post-Code stills were not permitted to show. NEAR FINE.