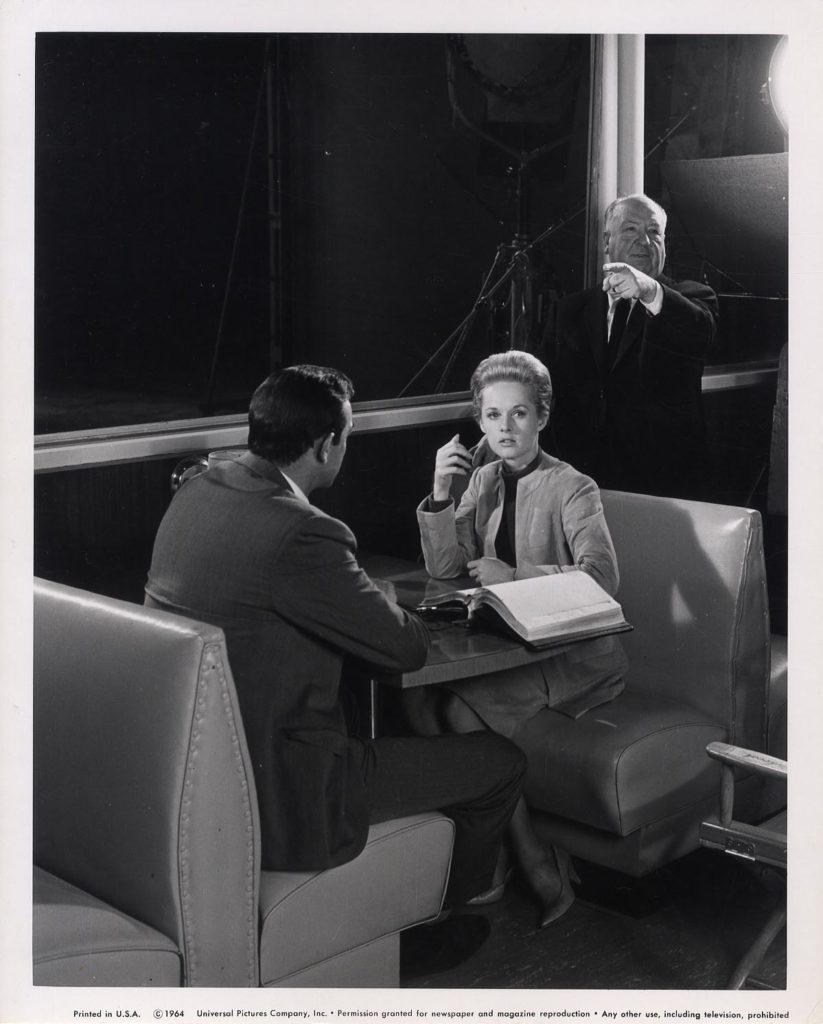 A woman with psychological problems was the subject Hitchcock chose to explore in this story from a Winton Graham novel. She is a thief, a liar and can’t stand the touch of a man. This all causes trouble for her, particularly when a handsome man marries her. He does all he can to help her out, but it seems that it is only a confrontation with her mother and facing the facts of her abusive past that will save her. Originally planned by Hitchcock as a return for Grace Kelly and with a script closer to the original book, Kelly could not return to filmmaking and the script was altered.

Hitchcock works here on a scene with Tippi Hedren and Sean Connery. Tiny crease at bottom right corner only. FINE.