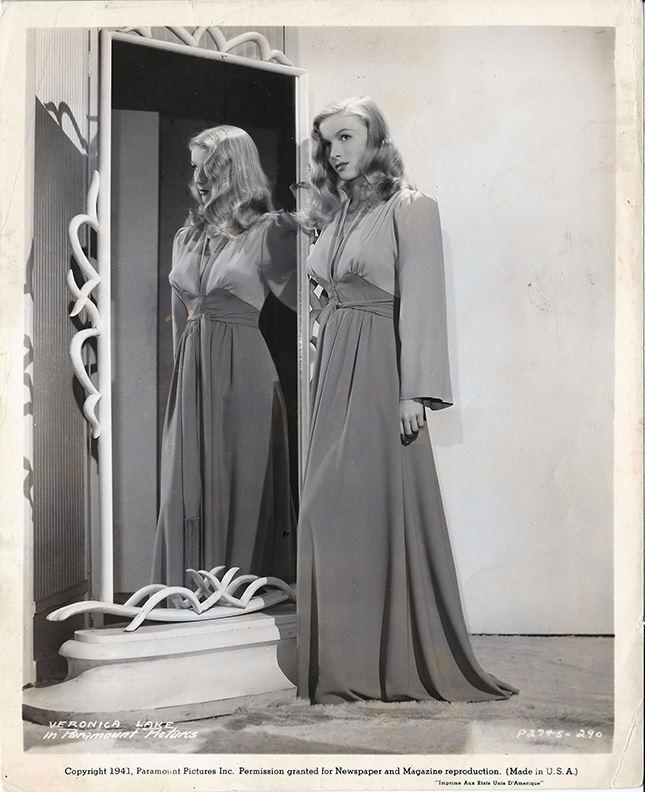 One of the queens of noir, Veronica Lake’s styling was much imitated in the genre.  She had established just before entering the world of noir in her 1940-41 films I WANTED WINGS, HOLD BACK THE DAWN AND SULLIVAN’S TRAVELS.  For 1942 she would appear in classics THIS GUN FOR HIRE and THE GLASS KEY.  Photo P2745-290 was taken in July 1941 and would advertise her currently and about to be released films.  Edith Head designed her gown.  There is edge wear and soiling to the blank white margins. There are also light creases at the corners and some scratches to the blank white margins.    There are two photo agency stickers on the verso, as well as some brown tape to the upper right side.  VERY GOOD.