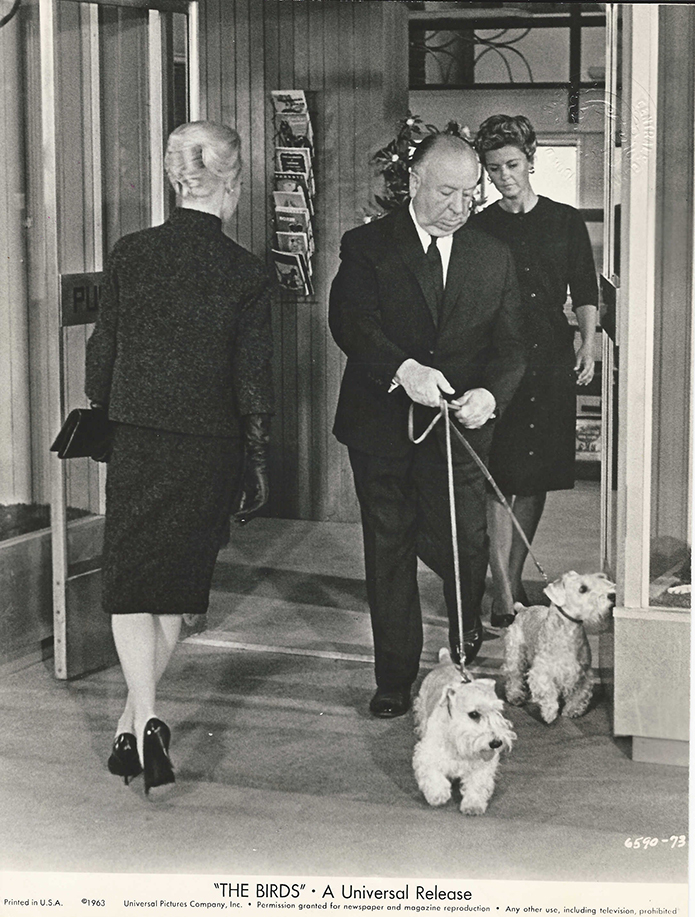 Vintage original 7 ½ x 9 ½” (19 x 253cm.) black and white single weight glossy silver gelatin print still photo, USA. Tippi Hedren, Suzanne Pleshette, Rod Taylor, Jessica Tandy, Veronica Cartwright; dir: Alfred Hitchcock; Universal Pictures. The classic Hitchcock thriller based on a Daphne Du Maurier story and set in Northern California, exploring the horrors that would occur, should our feathered friends turn on us. With silence (there is no music track) and atmosphere, the tension builds slowly as only the master could present. The very master, Hitchcock made it a point to have a very brief cameo in his films, often timed towards the start of the film so as the viewer, who after a certain point was expecting it, would concentrate on the story details once is appearance was out of the way. Stills, such as this in which he plays a man just coming out of a shop as heroine Melanie Daniels (Tippi Hedren) enters, are very rare to find. Still is coded 6590-73 and has had the border trimmed for publication, has an embossed international usage stamp near the top right corner and various international use stamps and markings on the verso. NEAR FINE.