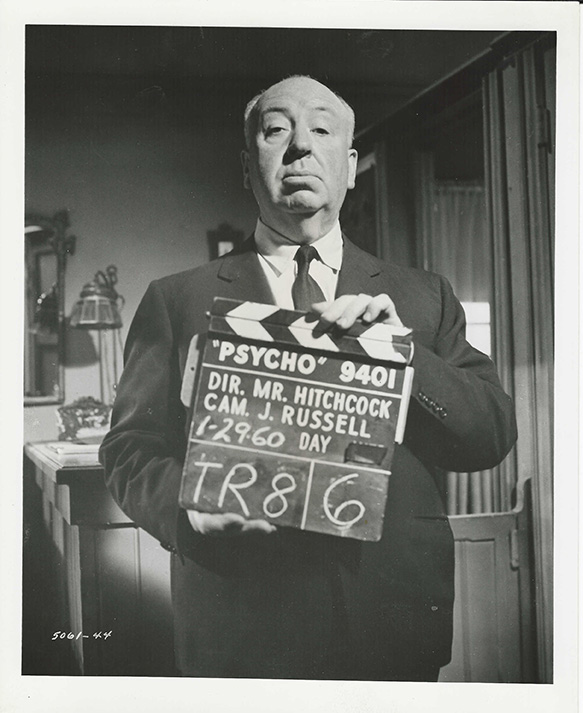 ALFRED HITCHCOCK WITH CLAPPER BOARD FOR PSYCHO (1960)

Vintage original 10 x 8” (25 x 20 cm.) black and white single weight glossy silver gelatin print still photo, USA. Janet Leigh, Anthony Perkins, Vera Miles, John Gavin, dir: Alfred Hitchcock; Paramount. Alfred Hitchcock displays an iconic look as he holds the clapboard for the filming of a scene in the Bates Motel office. Filmed between Nov. 30, 1959 and Feb. 1, 1960, this is one of the last days of filming, 1-29-60. Throughout much of the production the film was referred to by its’ production number 9401, but by end of production, the title was being used on studio paperwork and on the clapboard. Still 5061-44 has the original Universal Studios paper blurb attached to the back. Made at Universal and promoted by the studio, the film was first released through Paramount. Very minor handling. ABOUT FINE.