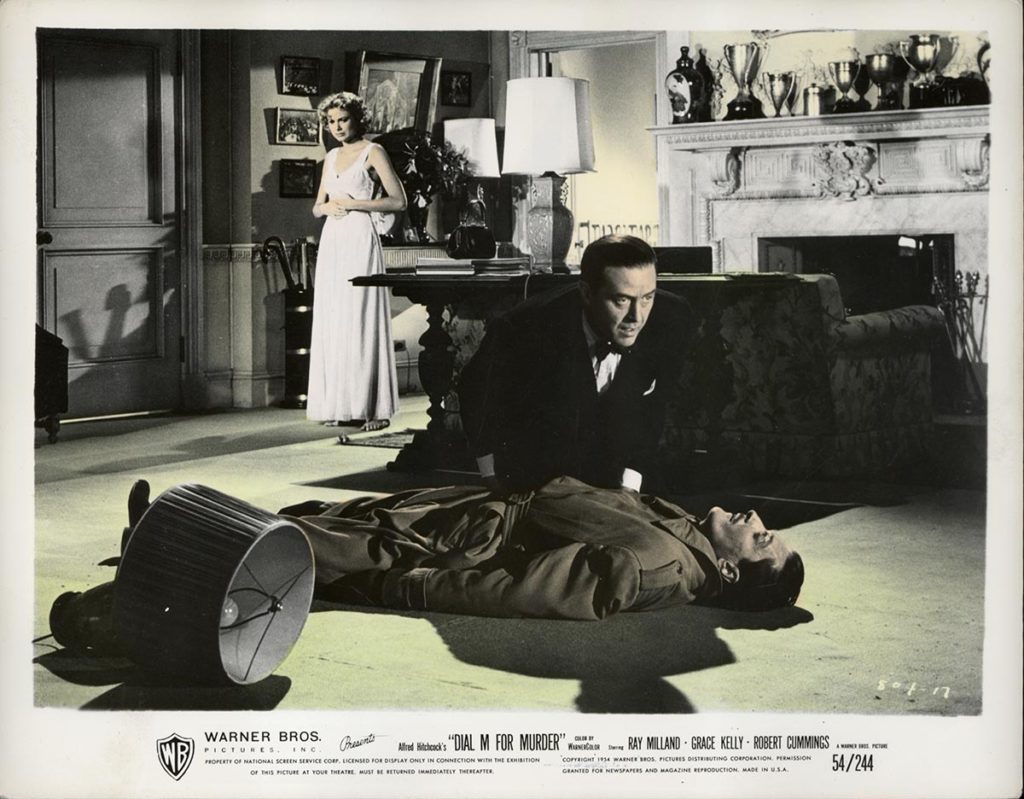 In a tense moment when Grace Kelly has just killed the man who her husband hired to murder her, Hitchcock requested that Kelly be costumed in a robe, but she insisted that the character would get up to answer the phone when alone at night wearing whatever she was sleeping in, thus Grace in her slip in the image. Hitchcock saw that she was right and allowed her to make her own costume choices from that point on.

The one image shows her with Ray Milland, who plays her husband as he discovers that his plan has gone wrong. The second image is between Kelly, Milland, Robert Cummings who plays her lover, and thus the reason for the husband’s jealousy and John Williams as the inspector who unravels the case. The photos are coded 810-17 and 804-838. Filmed for 3-D, though released only for a short while in that version. There is a small tear at the right side top border, ABOUT FINE.