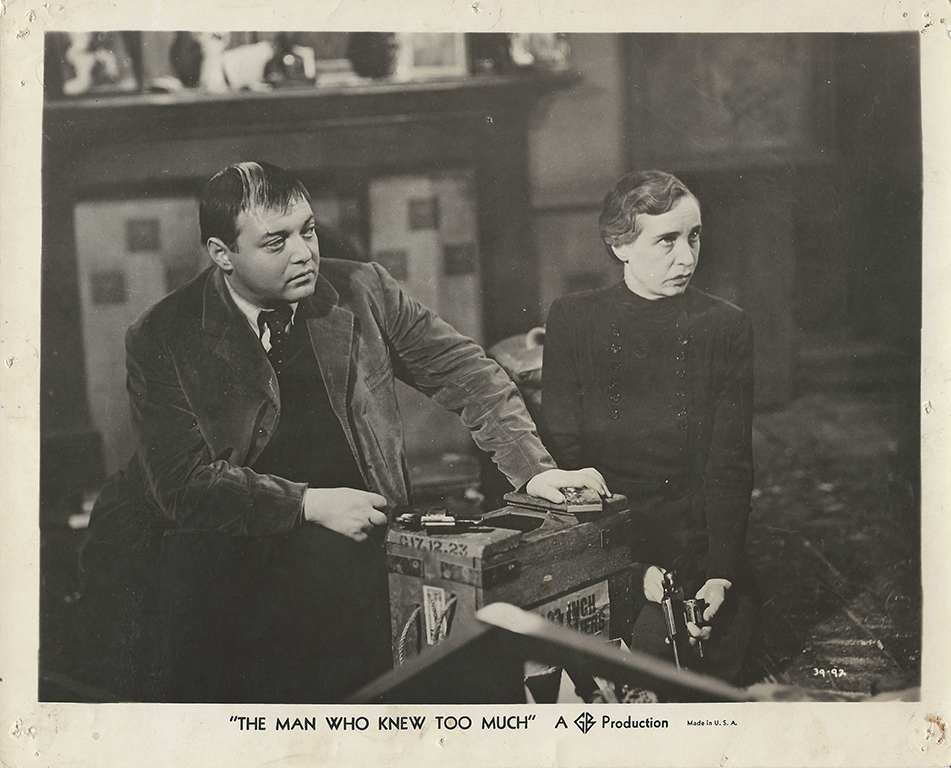 Vintage original 8 x 10” (20 x 25 cm.) black and white single weight glossy silver gelatin print still photo, USA. Leslie Banks, Edna Best, Peter Lorre, Frank Vosper, Nova Pilbeam, dir: Alfred Hitchcock. Gaumont British. Peter Lorre and Cicely Oates are featured in still 39-92 which has a 3/22/35 date written on the verso which was the films New York City release, after having been released in the UK in December 1934. When a man and his wife discover a clue to an assassination attempt, their daughter is kidnapped to stop them from revealing it. This would be Peter Lorre’s first English speaking role. There are several pin holes at each of the four corners and a single pin hole at the center on all four sides of the blank white margin, also some marginal soiling, GOOD-FINE.