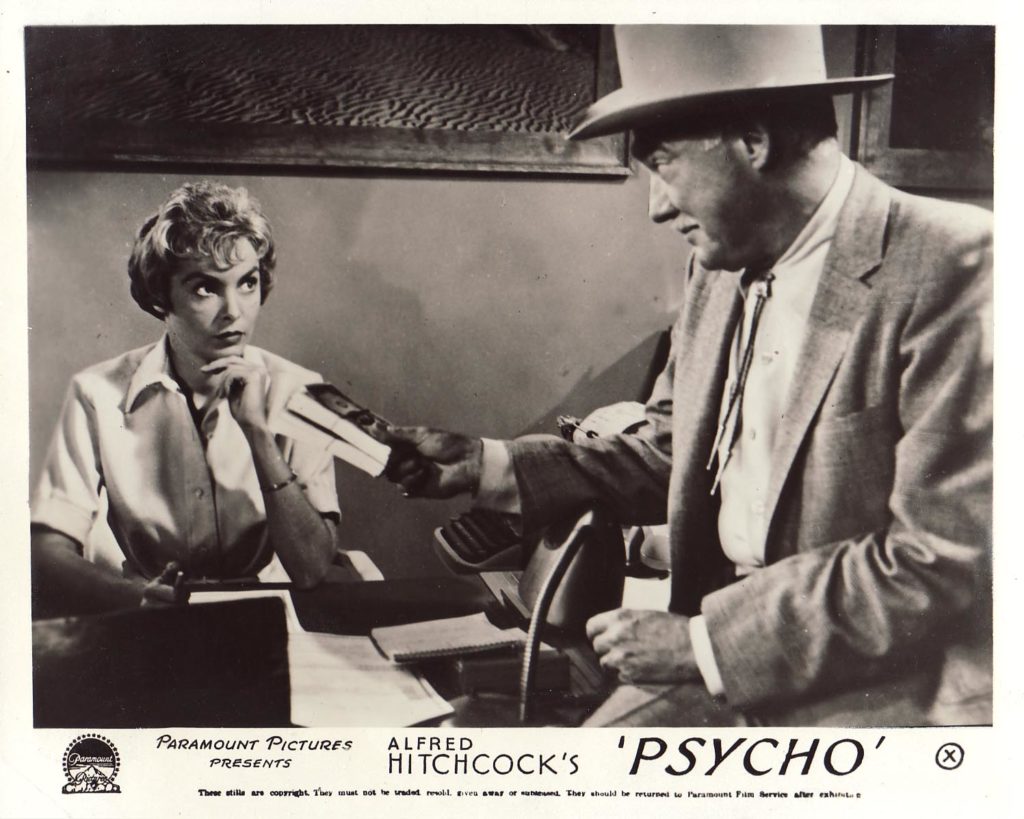 Vintage original 8 x 10″ (20 x 25 cm.) black-and-white print still photo, UK. Janet Leigh, Vera Miles, John Gavin, Anthony Perkins, dir: Alfred Hitchcock; Paramount. One of the original British front of house set, which are on heavy paper similar to that used for U.S. lobby cards, but which was actually a really nicely, and very sharply printed, photo.
This is a famous scene from early in the film — Janet Leigh works in a realty office, and the gentleman on the right is buying his daughter a house as a wedding present, with huge wads of cash — with tragic results, as the cash tempts Leigh to abscond with the money, and you know what happens next! This image of Leigh, with the rancher holding up the wads of cash in front of her, is one which rarely, if ever, turns up in the collecting market. NEAR FINE.