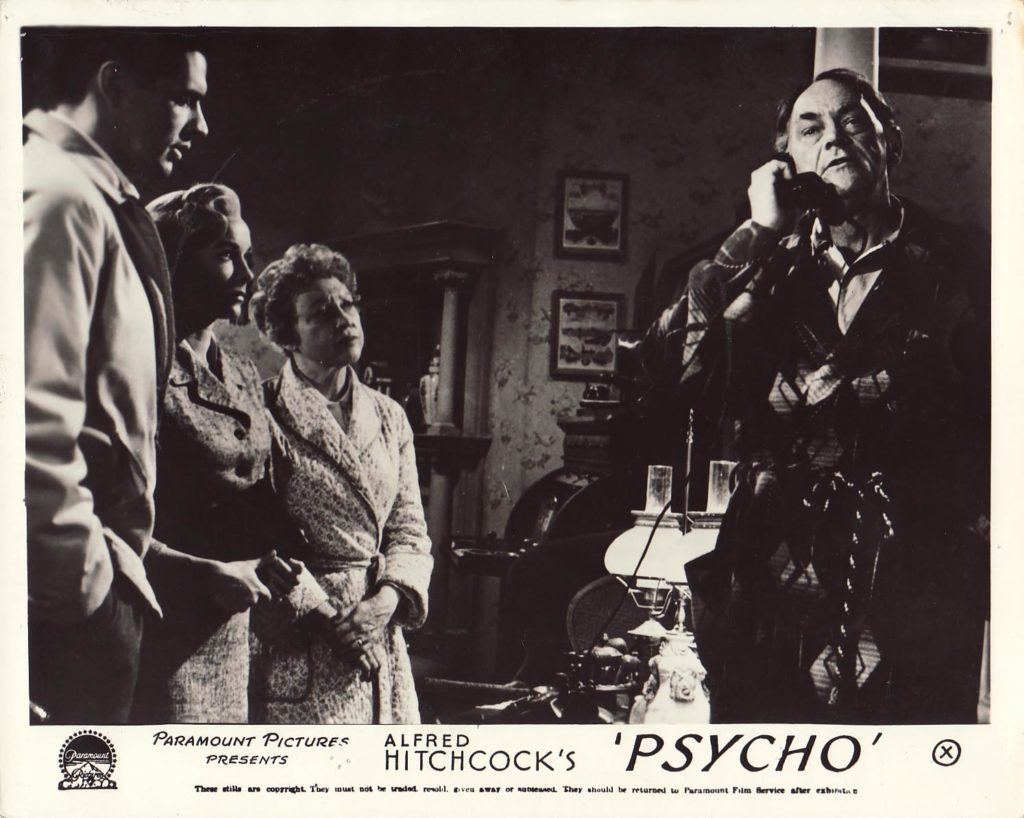 Vintage original 8 x 10″ (20 x 25 cm.) black-and-white print still photo, UK. Janet Leigh, Vera Miles, John Gavin, Anthony Perkins, dir: Alfred Hitchcock; Paramount. One of the original British front of house set, which are on heavy paper similar to that used for U.S. lobby cards, but which was actually a really nicely, and very sharply printed, photo.
A tense scene from later in the film — Gavin (Sam Loomis) and Miles (Lila Crane) have gone, late at night, to the home of Sheriff Chambers (John McIntyre), who is now on the phone with Norman Bates (Perkins) inquiring about the woman whom the now disappeared detective Milton Arbogast (Martin Balsam) had reported seeing in the upper window of the Bates home. Mrs. Chambers (Lurene Tuttle) looks on, as they all do, anxiously — of course, Norman has nothing helpful to report, and Chambers explains to his visitors that Mrs. Bates died long ago, and he memorably asks — if that was Mrs. Bates whom Arbogast saw, then who is that buried in her grave in the local cemetery?
This is a very famous scene, and one for which a vintage image rarely surfaces. A few pinholes, VERY GOOD-FINE.