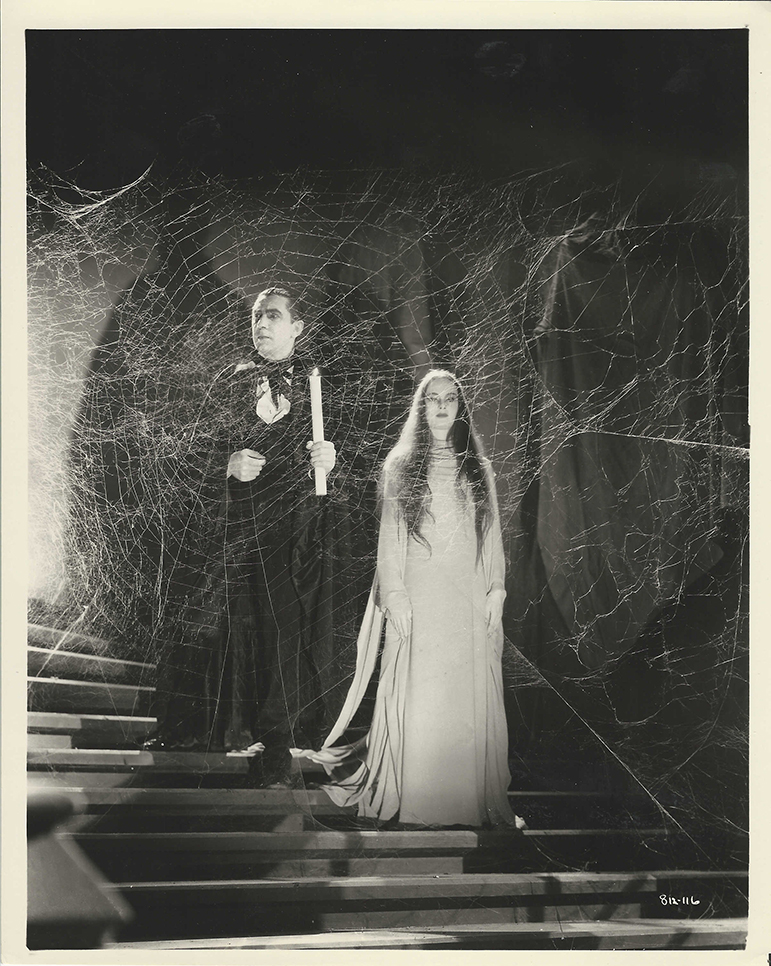 MGM seldom ventured into the horror genre during the 1930s (they left that up to Universal), but with Tod Browning and Bela Lugosi on loan, they ventured out with this — which was basically a remake of their 1927 LONDON AFTER MIDNIGHT. Cut mercilessly after the preview, even with its bizarre twists, it was a hit.

Here is Lugosi reprising his most popular vampire stance along with Carroll Borland. Photo is coded “812-116” and is a really stunning black-and-white image. ABOUT FINE.