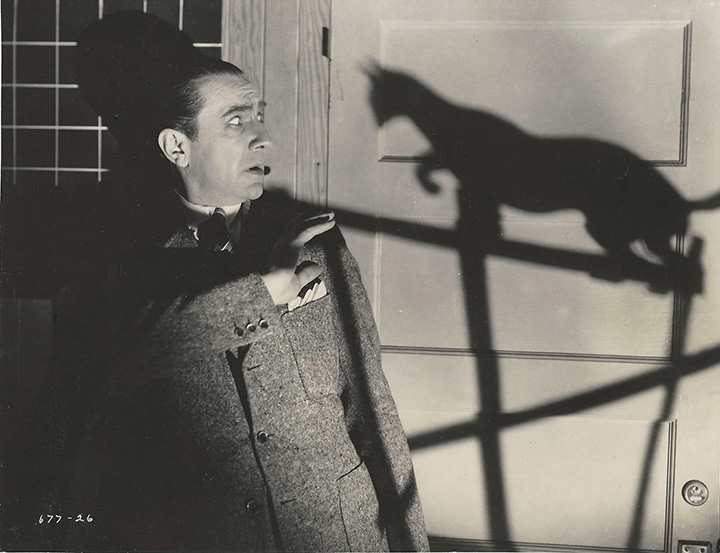 Vintage original black and white 7 x 9 ¼” (17 x 23) single weight glossy silver gelatin print still photo, USA. Boris Karloff, Bela Lugosi, David Manners, Julie Bishop, dir: Edgar G. Ulmer; Universal. A highly atmospheric horror thriller and one of the top films of this genre from 1930s Universal. Though Edgar Allan Poe’s title was used, the story for this film was scripted by director/writer Ulmer. A true “auteur,” Ulmer also oversaw the set and costume design, and he even dubbed some of Karloff and Lugosi’s dialogue. Having come from the German/Austrian cinema, Ulmer had an arsenal of experience and characters to draw upon. One of those characters was Fritz Lang, whom he viewed as a sadist while directing films. Karloff’s character was based on Lang, and Bela Lugosi as Dr. Vitus Werdegast is the victim of his masochistic endeavors, which include terrorizing the cat-phobic Dr. with tactics such as shown in photo 677-22. There is a tape remnant on the verso mid bottom. ABOUT FINE.