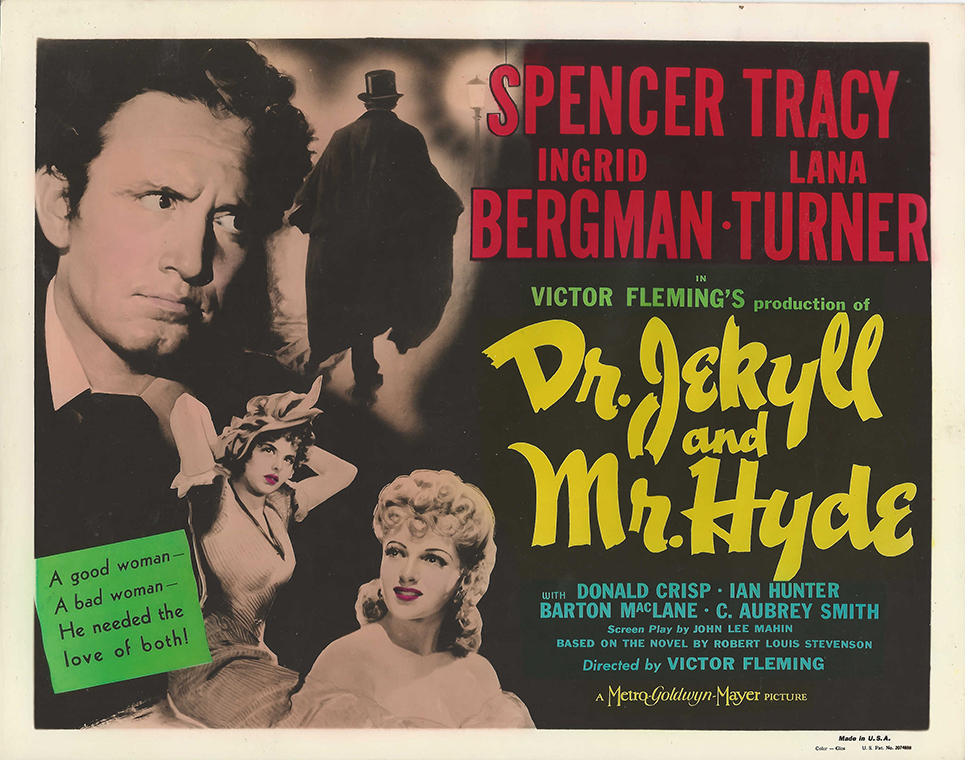 Vintage original 8 x 10” (20 x 25 cm.) color glossy silver gelatin print still photo, USA. Spencer Tracy, Ingrid Bergman, Lana Turner, Donald Crisp, Ian Hunter, dir: Victor Fleming; Meter-Goldwyn-Mayer. A spirited version of the Robert Louis Stevenson horror tale, tailored as a vehicle for top MGM star, Spencer Tracy. Minimal make-up was used by Tracy for his transformation for Jekyll to Hyde, the actor utilizing his facial expression and body language to interpret the differences in demeanor and psychology. MGM had promoted Lana Turner to star status and was utilizing her in every kind of role. Cast as the street walker Ivy, it was Ingrid Bergman who campaigned for them to switch roles— Ivy being the more interesting to Bergman as an acting challenge. In the end though, none of the actors particularly liked their performances and the film did not do well at the box office. This rare color-glos still is like a miniature poster for the film and unique in its presentation. Minor border soil. ABOUT FINE.