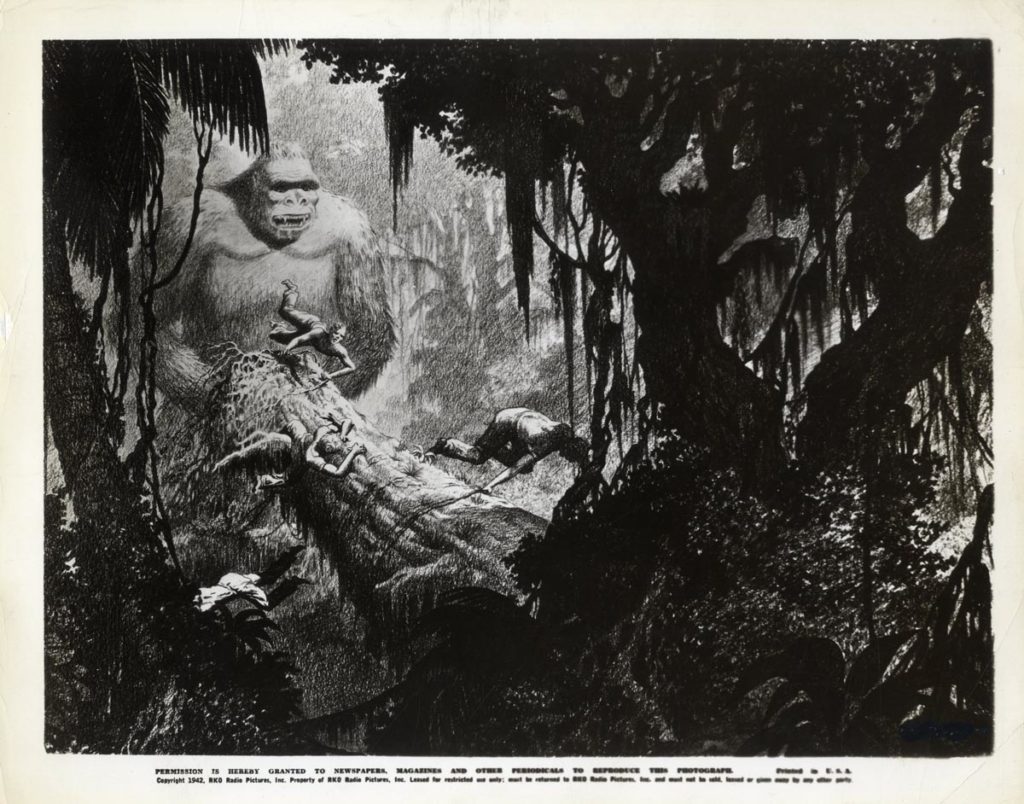 Vintage original 8 x 10″ (25 x 20 cm.) black-and-white single weight glossy silver gelatin print still photo, USA. Fay Wray, Robert Armstrong, Bruce Cabot, Frank Reicher, Sam Hardy, Noble Johnson, Kong, dir: Merian C. Copper, Ernest B. Shoedsack; RKO. The brilliant, unsurpassed original. No matter the advancements in film making technology, it was the technology, writing, music, photography, lighting, artistry and special effects of 1932 that made this story work — then, and to this day. It has inspired all subsequent film makers and is still magical. A superb re-telling of the Beauty and the Beast-legend. Its very first weekend release yielded $90,000, which was the biggest weekend box office to that time.
Presented here is a still which depicts conceptual art for the film, in which Kong shakes the crew of the ship off a log and into a ravine where they are eaten by spiders (the spider eating part was filmed but cut and never seen). This still has the information printed at the bottom margin for the 1942 RKO re-release of the film. Kong was one of the very few big studio films which would be given several re-releases by its original studio before starting television showings in 1956. There is a crease to the bottom right corner of the still. ABOUT FINE.