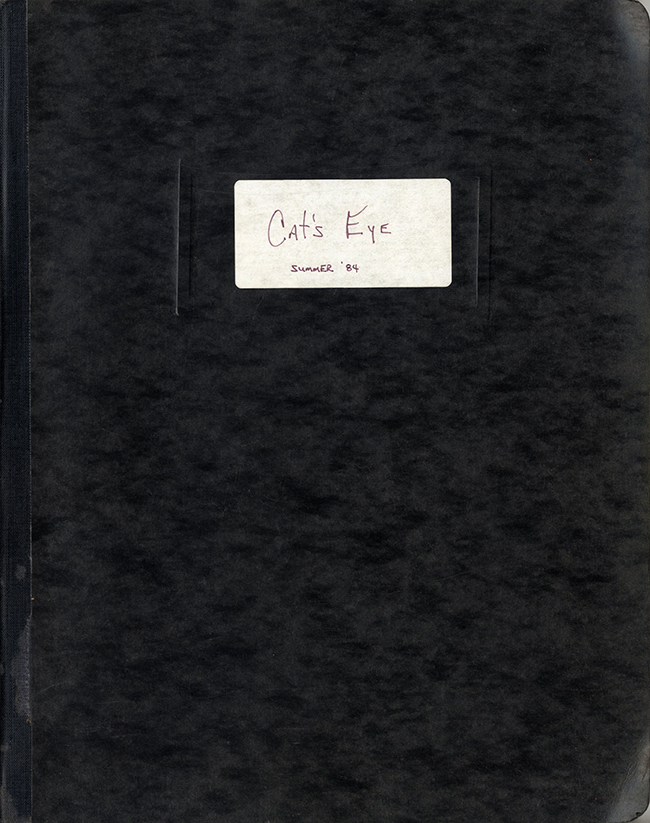 Quarto, studio-generated photoduplicated, clasp bound inboard binder with ms. label. Short creased tear at lower edge of title, generally NEAR FINE. [1], 120 leaves, dated May 14, 1984 on title page, with some pages on pink paper of revisions dated up through 7-18-84.

An original Stephen King screenplay, this one belonging to location manager Michael Stroud, who signs it in two places, and accompanied by annotated copies of provisional unit lists for 21 June and 6
August 1984, contained in an envelope addressed to him.

The 1985 film, directed by Lewis Teague, starred James woods and Drew Barrymore, among others. It is one of only a handful of films for which King created a screenplay from his original idea (the vast number of King films are adaptations from his fiction).