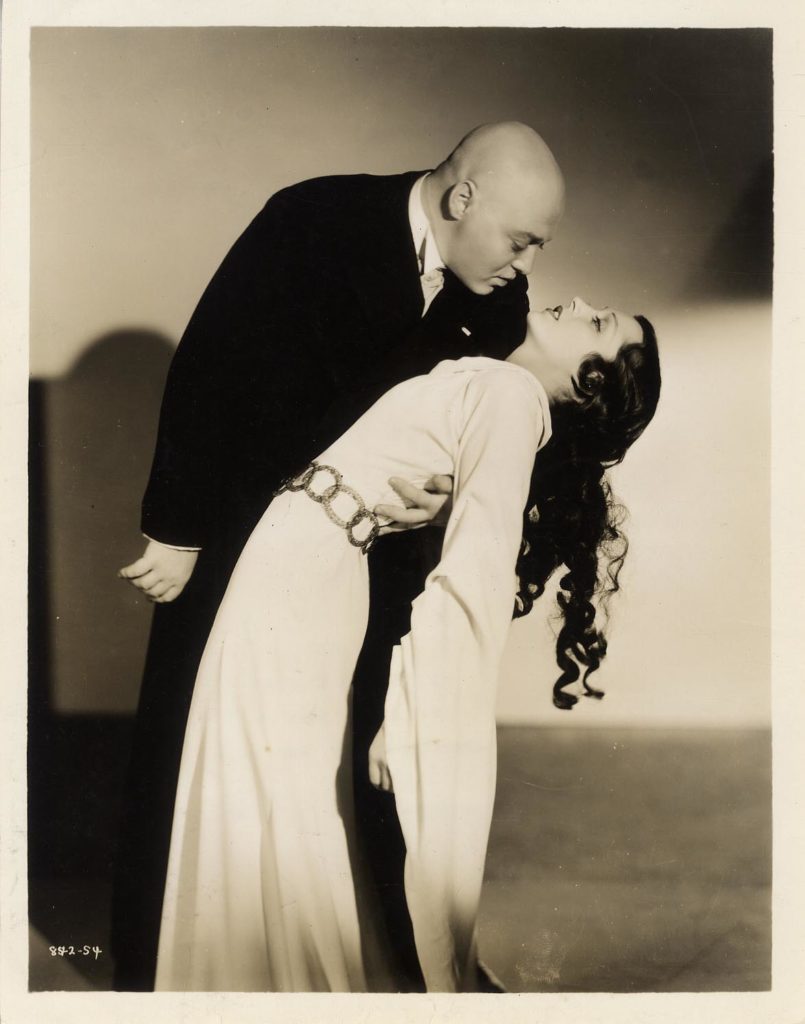 Vintage original 8 x 10″ (20 x 25 cm.) single weight glossy silver gelatin print still photo, USA. Peter Lorre, Frances Drake, Colin Clive, Ted Healy, Sara Haden, Keye Luke, Cora Sue Collins, dir: Karl Freund; MGM.
This is likely the most bizarre film MGM made during the 1930s. Horror films were the rage and thus the great studio wanted an entry into the genre. Peter Lorre played one of his strangest roles, and in this still as Doctor Gogol he is at his creepiest frightening Frances Drake (as Yvonne Orlac) into submission. Lorre is an insane surgeon with an obsession with an actress (Frances Drake as Yvonne Orlac) who does an act in which she is burned at the stake. When her husband (Colin Clive as Stephen Orlac), a pianist, loses use of his hands in a train accident, the mad doctor transplants a pair of hands from a murderous knife thrower onto him. Strange murders are pinned on Orlac as Dr. Gogol makes a play for Yvonne.
Great expressionist cinema art from director Freund (best known for his superb cinematography with its routes in German expressionism), and camera work by Gregg Toland. The film was mercilessly censored and cut because of the post-Code taboos that it attempted to break. Some countries would not even show it. The truncated version we have today is still effective, however.
Ink stamp on verso for a showing at the New York City Roxy Theatre. Very minor handling. FINE.